OnePlusOne interview - Hard to believe he was a politician 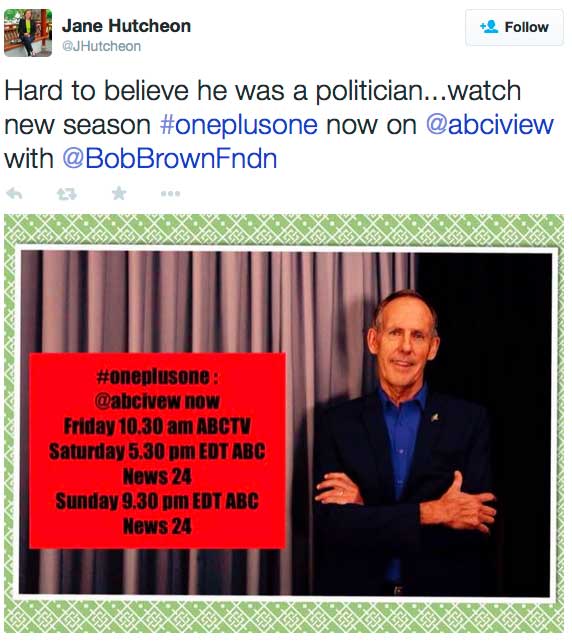 Bob interviewed on ABC's One Plus One

ABC's popular program One Plus One is launching its 2015 season this weekend (24/25 Jan 2015) with Jane Hutcheon interviewing Bob Brown.

It's a beaut little interview, so if you get a chance have a look at it either when it is aired, or on iview.

ONE PLUS ONE AIR TIMES

Interviews are also uploaded to the catch-up service iview, and posted on the One Plus One website: www.abc.net.au/oneplusone