“Ta Ann is an unethical company out of Sarawak.  Every measure of support from the Australian Government, and some Australian environment groups supporting their markets, is propping up a company that should be shunned”, Bob Brown Foundation Campaign Manager Jenny Weber said today.

“Ta Ann Tasmania has again secured funding from the Australian Government.  Almost $45 million in public money has been gifted to this loss-making company since they arrived in Tasmania. Ta Ann is saying they will grow their markets in Australia with a new plywood mill to be built in Tasmania’s north-west." 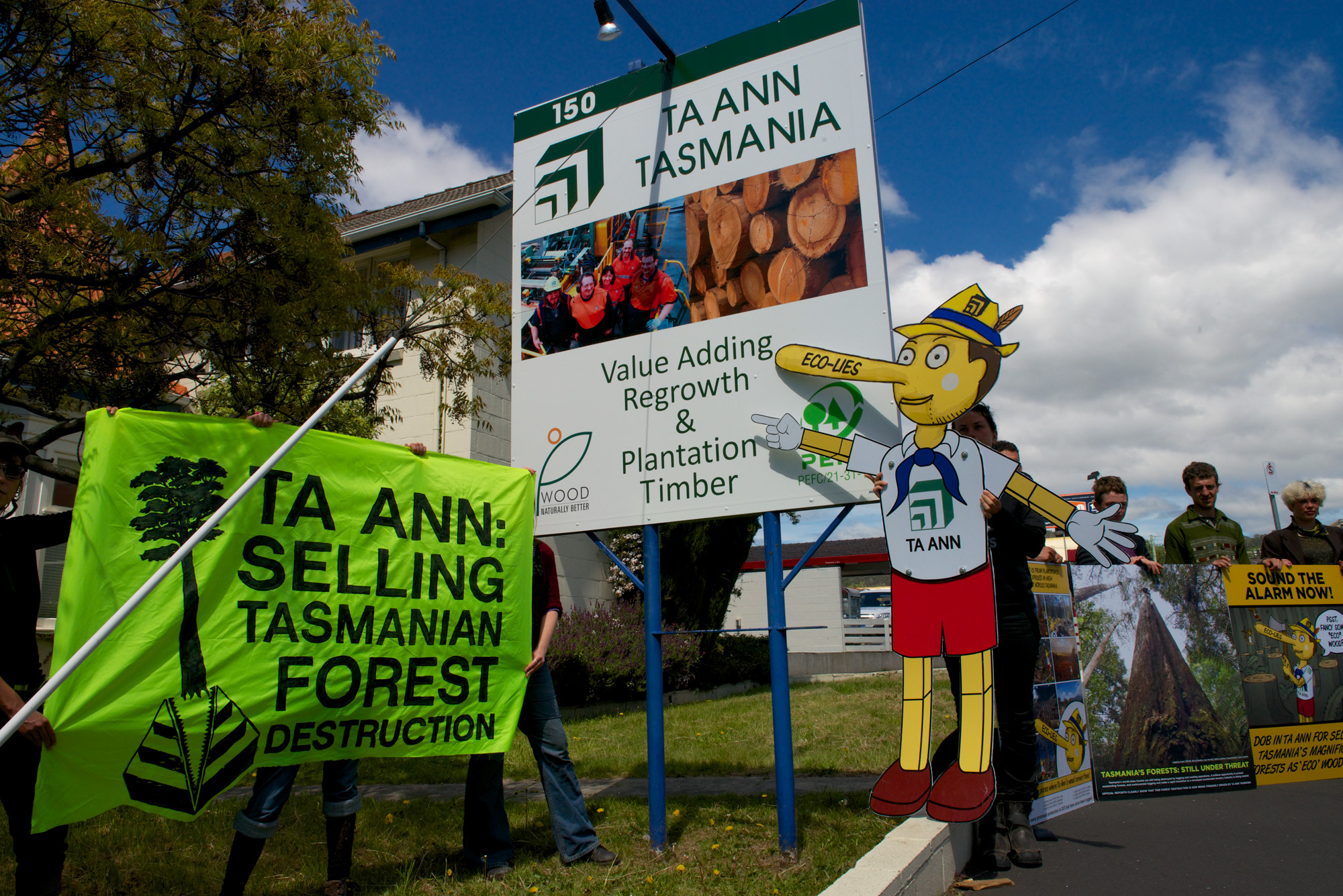 "This is a very controversial company that should not be receiving Australian taxpayers' money.  Ta Ann is owned by one of the richest men in Malaysia, they are not turning a profit here in Australia, and yet Australian taxpayers are gifting them money to expand their business.”

“The current Tasmanian Government has scrapped plans to reserve Tasmania’s high conservation value forests, including areas of the Tarkine, right near Ta Ann’s proposed Smithton mill. A plywood mill set up in Tasmania’s north-west threatens to be fed from the ancient forests of the Tarkine.”

“With the proposal to remove forests from World Heritage listing and Tasmania’s remaining high conservation value native forests denied their promised protection, there is no certainty that the company will be receiving non-contentious timber.”

“By the actions of the Australian and Tasmanian Governments, and the continued silence of the industry on controversial moves to revoke protection of Tasmania’s forests, the international reputation of the timber coming out of Tasmania is smeared.”

“Tasmania’s Forest Agreement has become a controversial vehicle for environmental signatories to provide market confidence for the notorious company Ta Ann and huge taxpayer payments to the company.  Ta Ann is a controversial timber and palm oil company in Sarawak, responsible for logging of orang-utan habitat and displacing indigenous people. Every effort to support the company here in Australia green-washes their atrocious record in Sarawak.”

“It is a dreadful shame that people are supporting this company here in Australia, though our campaign to stand in solidarity with the people of Sarawak, our opposition to this company’s practices and it’s destructive role here in Tasmania’s forests will continue,” Jenny Weber said.