We are taking action to protect Antarctica from Australia’s environmentally devastating airport proposal.

Today the Australian government announced they are abandoning their plans to build this airport. This is an environmental win of global significance! Thank you for your support!

The Australian Government and the Australian Antarctic Division are planning to build Antarctica's most damaging infrastructure project — a giant concrete airport. It will be built on critical ice free habitat in the Vestfold Hills, East Antarctica.

If this industrial airport is built, it will cause irreversible harm to the unique ecology of Antarctica. It will set a dangerous precedent for future destructive developments and it will cost billions of dollars of public money.

Antarctica is already facing unprecedented pressure from climate change impacts. Australia’s coal and gas industries are generating dirty pollution and further fuelling the climate crisis. This is melting ancient glaciers, playing havoc with ocean currents and, if left unchecked, will irreversibly damage all life in Antarctica and the great Southern Ocean.

We have time to protect Antarctica, but we need to act now.

Australia has long viewed itself as an environmental leader in Antarctica.

The airport is the exact opposite of this goal.

🐧 Require more than three million cubic metres of earthworks - explosively levelling 60 vertical metres of hills and valleys along the length of the runway, causing massive dust emissions on the windiest continent in the world.

🐧Cause significant disturbance to nearby Weddell Seal breeding colonies with unknown or poorly understood ramifications.

🐧 Cause significant impacts on nearby Adelie Penguin colonies with eight breeding areas near the airport listed as important bird areas.

🐧 Cause irreparable damage to adjacent lakes.

🐧 Require incredible logistics to get materials and construction workers on site. Not only will this displace scientists, it will all require massive use of fossil fuels and energy and incur astronomical costs.

We believe in the power of people and community. Call on the Australian Antarctic Division and the Australian Government to abandon plans to build this monstrous concrete airport in the Antarctic and instead focus on protecting Antarctica, not destroying it. 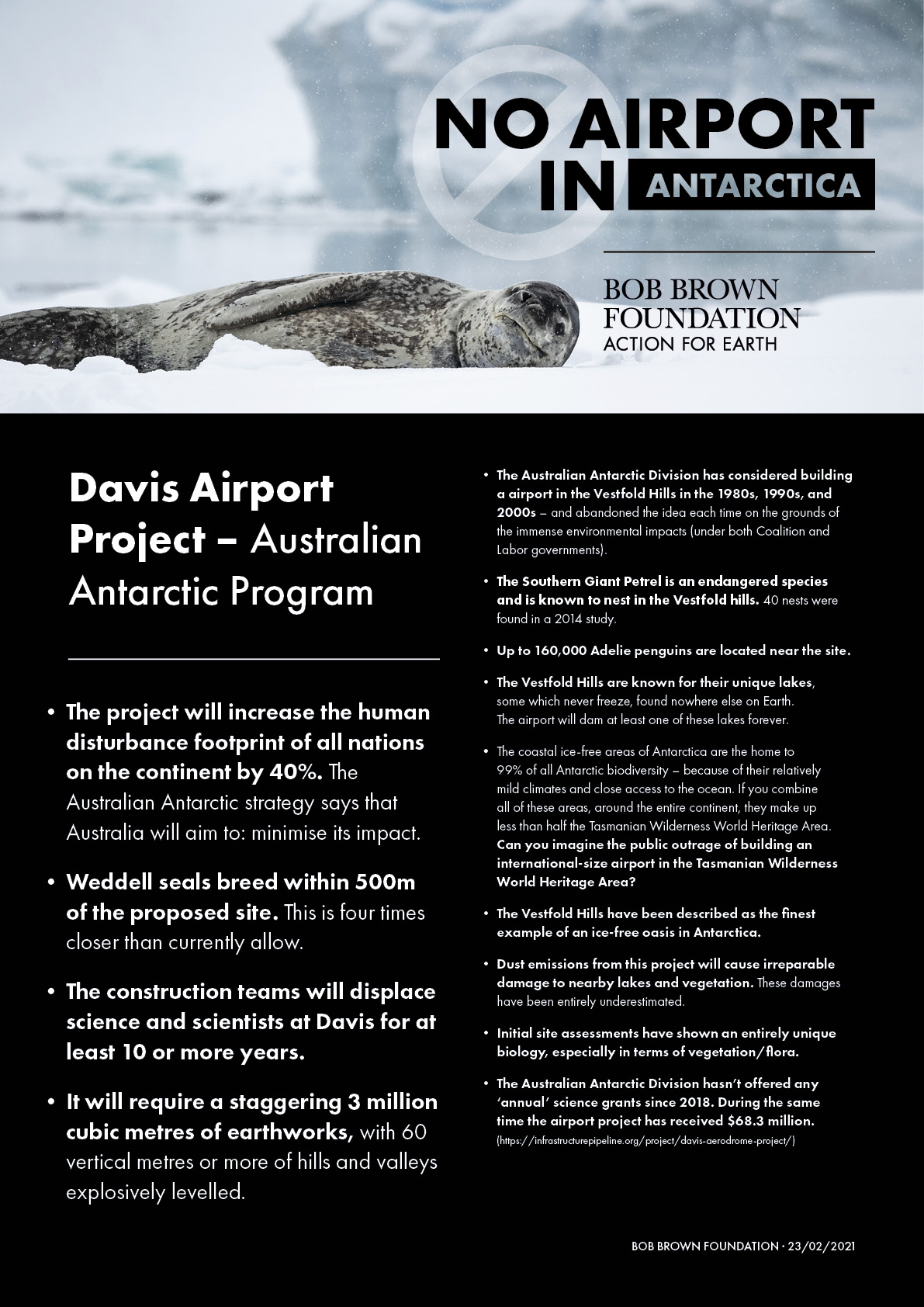