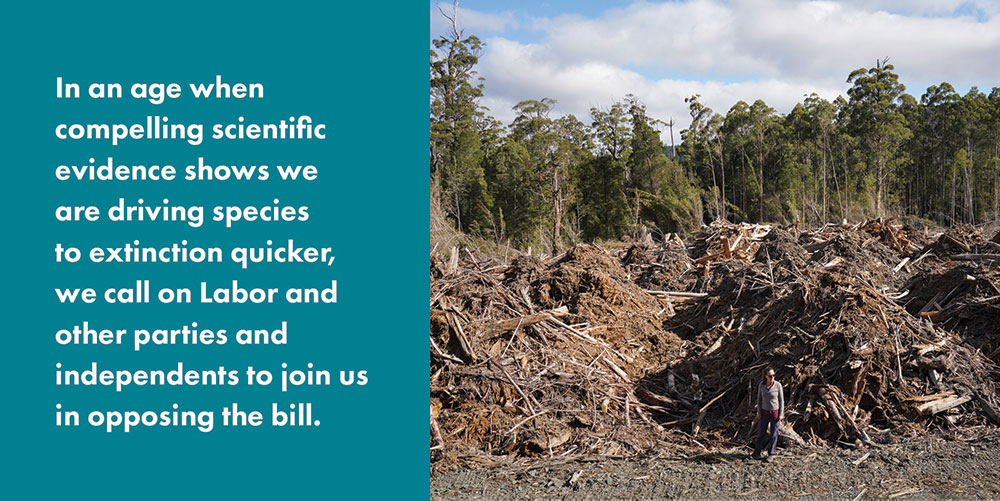 The Morrison government’s rehashed, Abbott-era bill handing federal environmental powers to the states and territories is the biggest legislative sell-out of Australia’s environment since federation. Had this ecocidal bill been in place in earlier years, the Franklin would be dammed, Fraser Island logged, whale flensing would be still ‘creating jobs’ in Western Australia and there would be oil rigs on the Great Barrier Reef.

We know how ‘ecological sustainability’ looks when the Commonwealth hands it to the states. It equals flattened endangered species forest habitat across Australia in Victoria, New South Wales, Western Australia or Tasmania. This is what comes from the forests’ environmental management being handed back to the states in 2002. Now the miners, gas frackers, industrial fish farmers and exploiters of national parks for profiteering high-end tourism are being gifted the same licence for ecocide 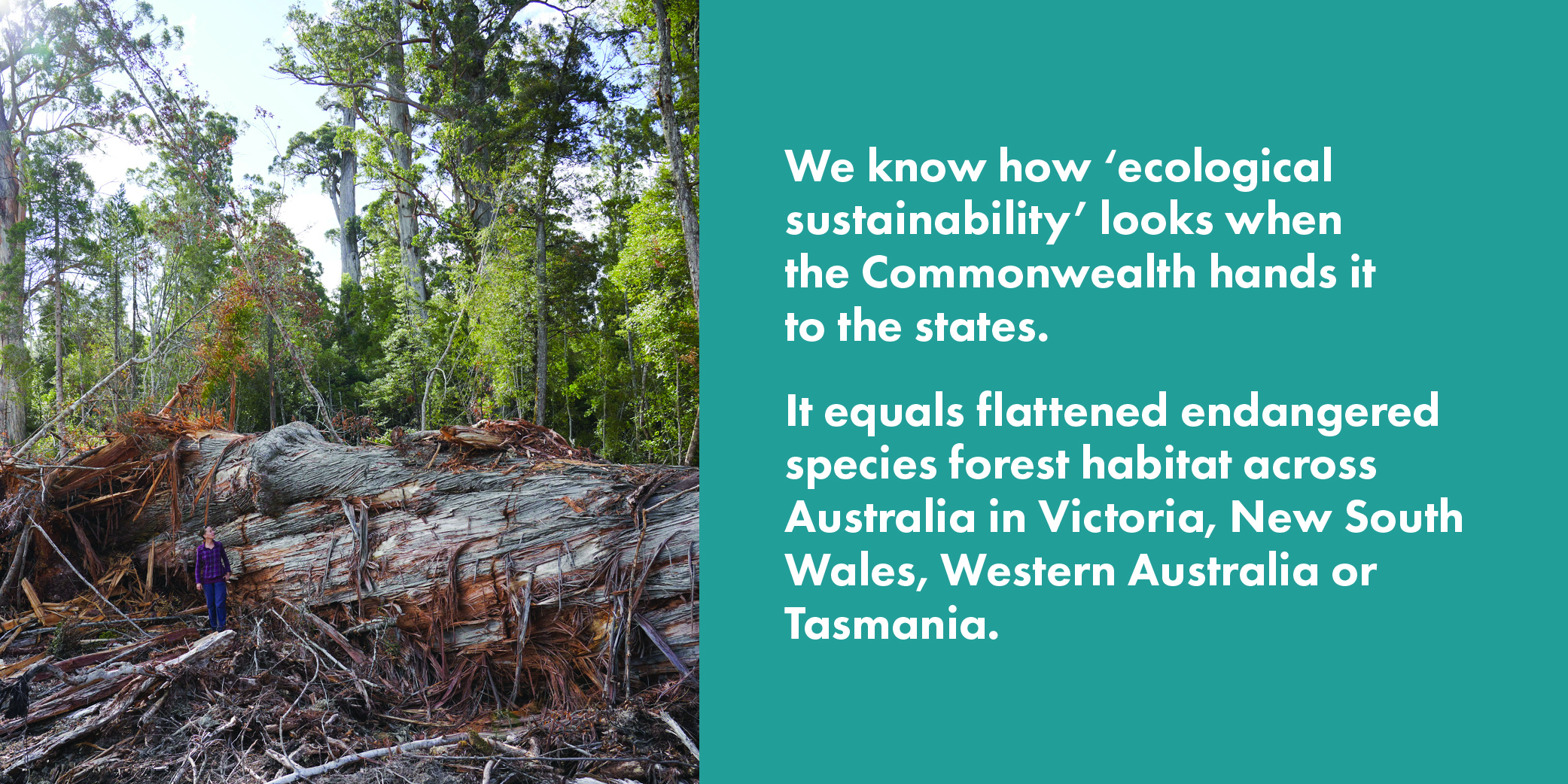 Australians are proud of our wildlife and environmental heritage. This sell-out by Mr Morrison will be very unpopular. It should be blocked by the Senate. The Greens and Labor have gone on the record opposing this bill, but it culd still pass with crossbench support. We call on all Senators to oppose the Environment Protection and Biodiversity Conservation Amendment (Streamlining Environmental Approvals) Bill 2020.