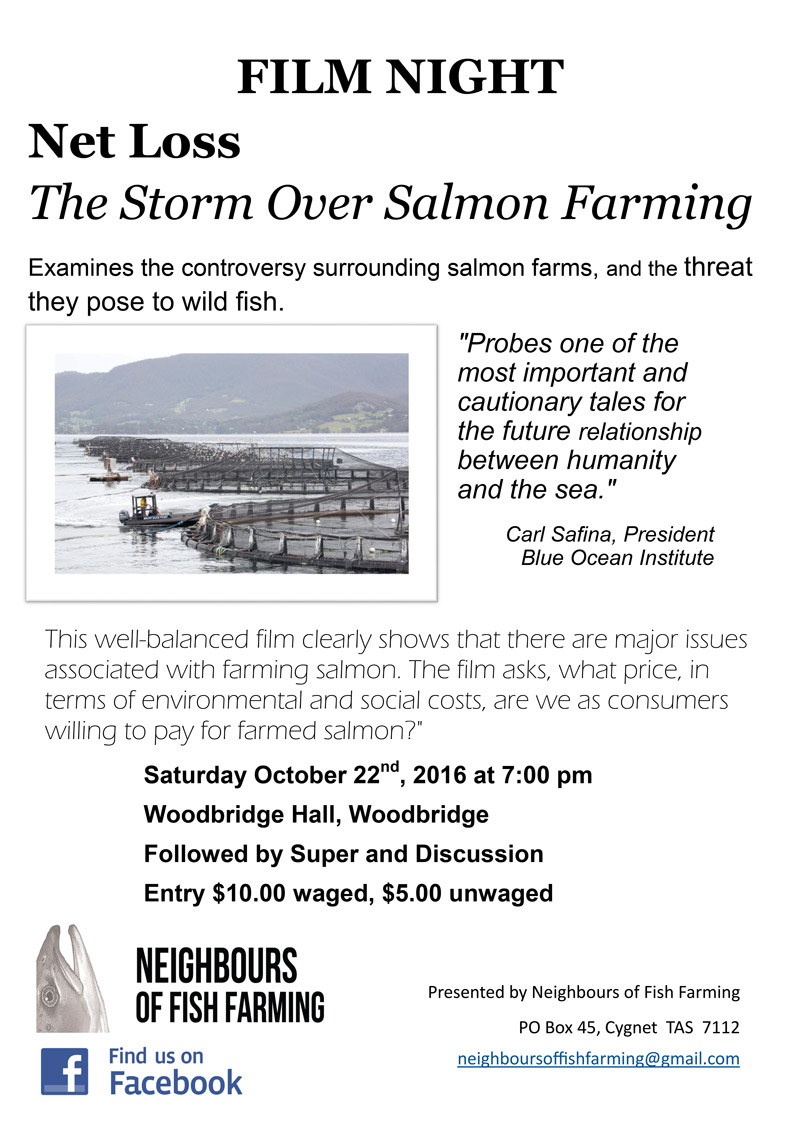 Examines the controversy surrounding salmon farms, and the threat they pose to wild fish.

"Probes one of the most important and cautionary tales for the future relationship between humanity and the sea."
Carl Safina, President
Blue Ocean Institute

This well-balanced film clearly shows that there are major issues
associated with farming salmon. The film asks, what price, in terms of environmental and social costs, are we as consumers willing to pay for farmed salmon?"