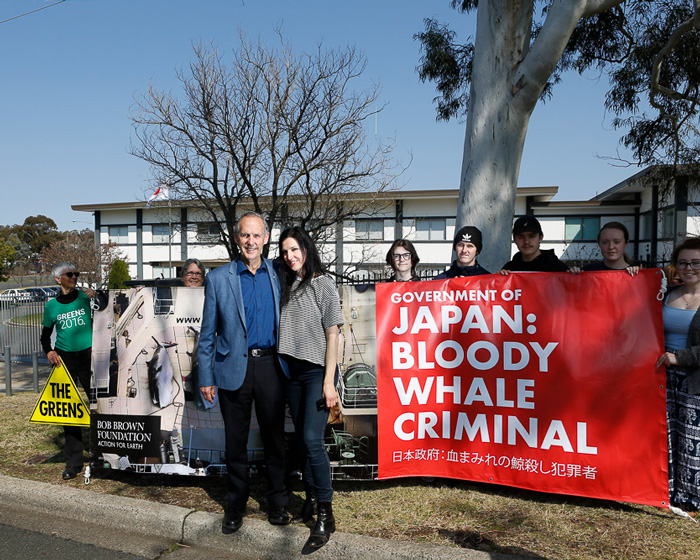 “World public opinion, not just here in Australia, opposes this bloody and illegal slaughter by the Japanese whalers. This year Japan harpooned 333 minke whales, one third of which were pregnant. Japan is coming into the Southern Hemisphere to attack the culture of Australia which loves whales and is appalled by the massacre,” Brown told the crowd which roared ‘Stop Whaling’ into the embassy confines.

The Greens Senators cited Japan’s whaling south of Australia as a reason to oppose the mooted bilateral trade deal between Tokyo and Canberra.

Images available at this link: https://www.dropbox.com/sh/43bk80za7cmt5wq/AACIOEv5BPj6l3Dz-NVCBorEa?dl=0