Media Release: Tasmanian Premier can be the Tarkine Santa or Christmas Grinch

Conservationists have been camped in a Tarkine threatened rainforest for the past three months and have today sent Premier Hodgman a Christmas card offering him the opportunity to be a world leader on environmental and climate action in 2019.

“We are calling on the Tasmanian Premier to protect takayna / Tarkine and be the Tarkine Santa, though we are afraid he will be the Tarkine Christmas Grinch and leave it to the logging industry who want to destroy the carbon rich native forests and ancient rainforests around Tasmania, including in the Tarkine,” Bob Brown Foundation Campaign Manager Jenny Weber said. 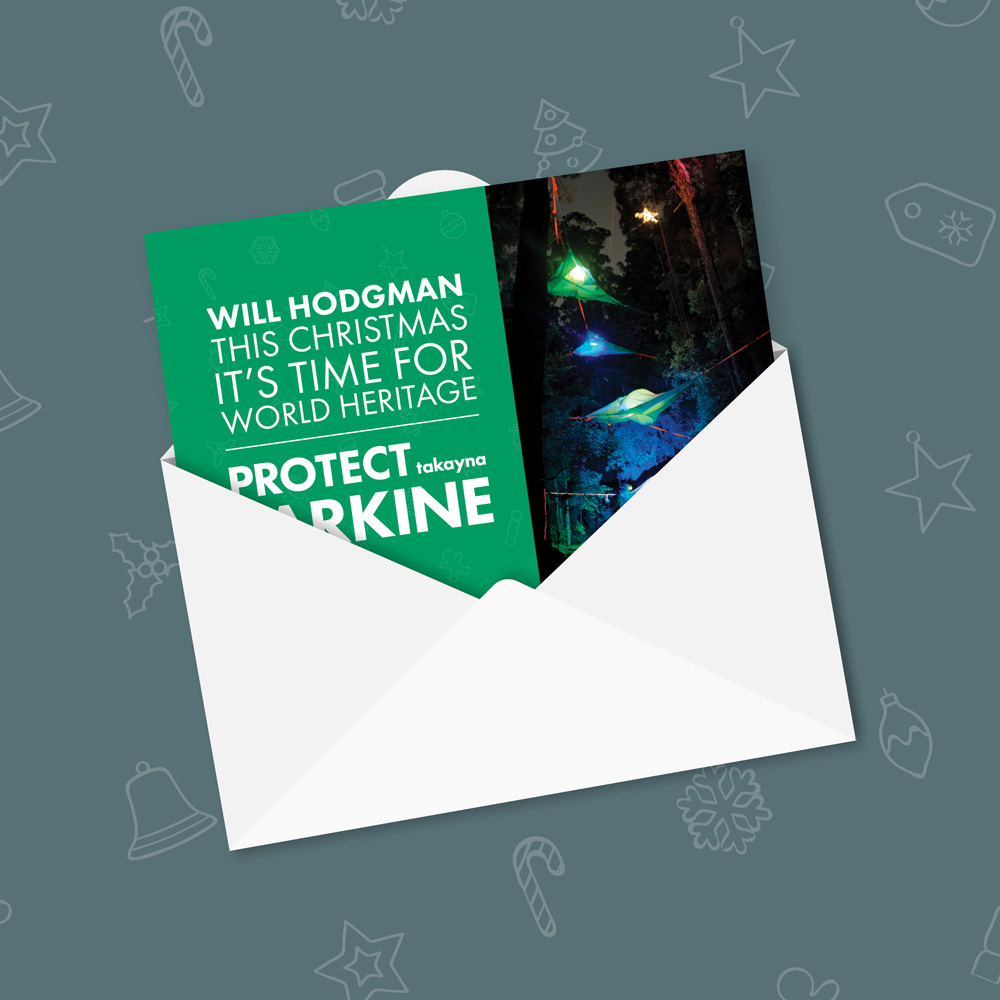 “Last night a Christmas star was hauled into a tall eucalyptus tree that is threatened to be logged in the Tarkine. Today we have made a personalised Christmas card for the Premier with the photograph,” Jenny Weber said.

“2019 is a new opportunity for Premier Hodgman to show some leadership on climate action and environmental protection because in 2018 he has left it entirely off his agenda.  Premier Hodgman can protect forests to help mitigate dangerous climate change, as intact forests play a critical role in cutting emissions,” Jenny Weber said.

“To be entering 2019 and have native forests, especially rainforests, still on the Tasmania’s logging schedule is outrageous.  This year the IPCC report has made it abundantly clear that the best use of our forests is to tackle climate change through protecting and restoring them,” Jenny Weber said. 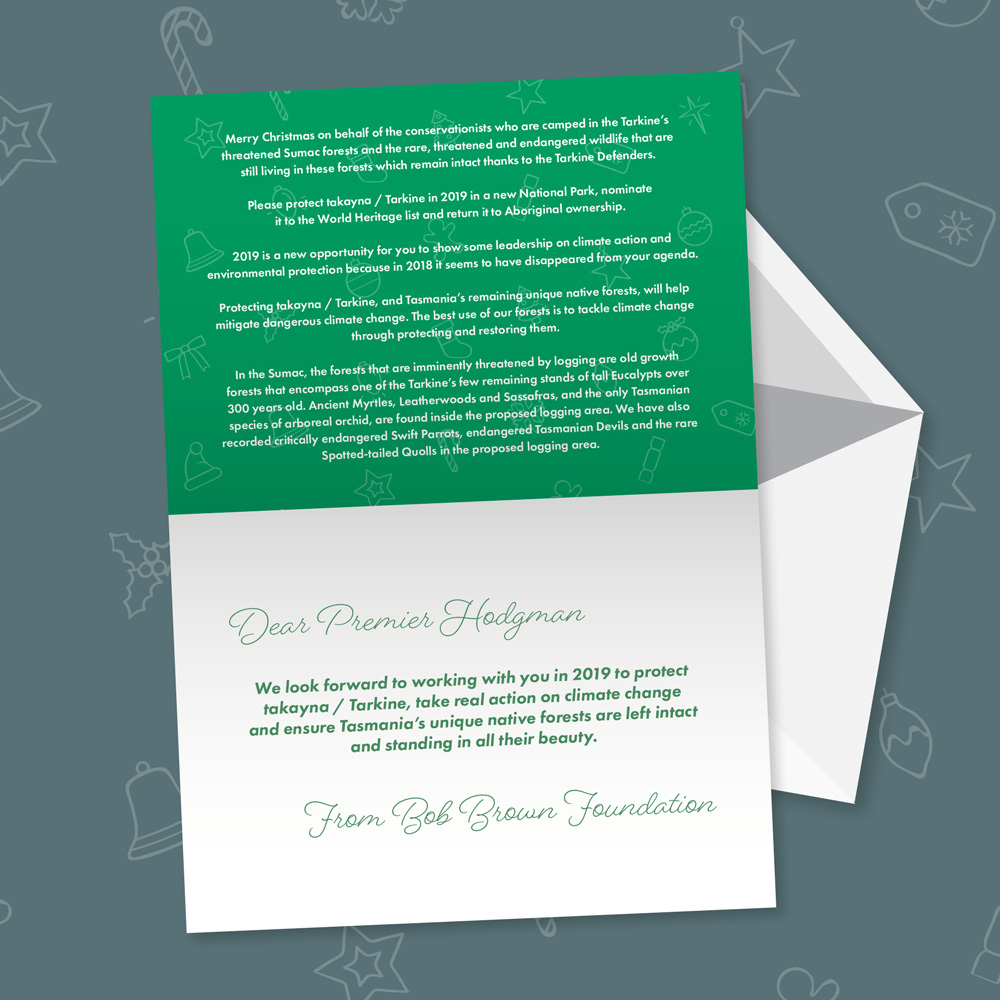 “Imminently threatened by logging these oldgrowth forests encompass one of the Tarkine’s few remaining stands of Tall Eucalypts over 300 years old. Ancient Myrtles, and the only Tasmanian species of arboreal orchid, are found inside the proposed logging area. This orchid has limited numbers and a specialised habitat. We have also recorded critically endangered Swift Parrots, endangered Tasmanian Devils and the rare Spotted-tailed Quolls in the proposed logging area.”

“Bob Brown Foundation has been guarding these forests since October 2018 and we will continue to be in these threatened forests over Christmas and into the New Year to peacefully defend them from logging,” Jenny Weber said.