Today’s protest at the Adani mine site, halting the destruction of Black-throated Finch habitat, and following the arrest of 72 people in anti-Adani protests in Brisbane last night, highlights the resurgence of opposition by Australians to this mega-mine proceeding. 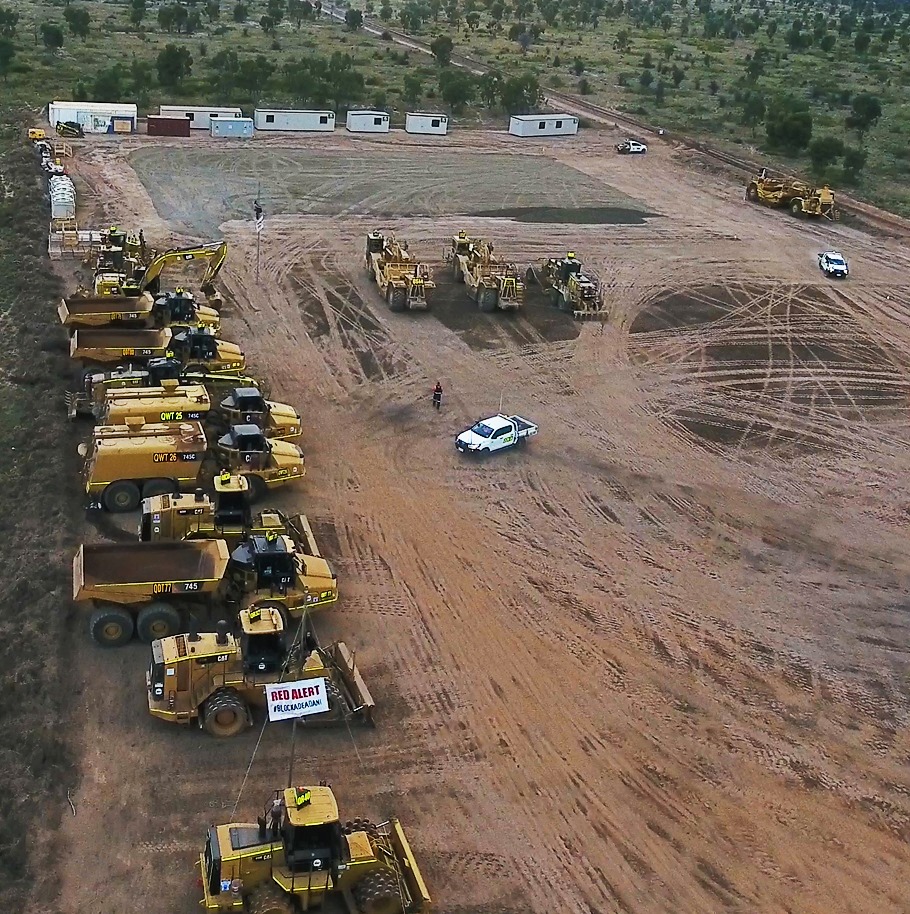 “The penalty clauses for Gautam Adani’s project have never been higher for all Australians,” Bob Brown said today.

“The rising tide of alarm in this climate emergency is compelling more and more Australians to be involved and take what action they can, from direct opposition at the mine site, to street protests and lobbying the politicians. Prime Minister Scott Morrison has his head in the sand but other Australians, not least young Australians, are appalled that Adani is set to dig up this coal while much of the Murray Darling Basin and the Great Barrier Reef are suffering the consequences of burning coal: loss of jobs, loss of business, loss of productivity.”

“There will be unprecedented support for all the people peacefully confronting this threat to Australia’s future wellbeing. It will not go away. Gautam Adani should be sent the bill for the police contingents having to keep order as his project creates havoc in the Australian community,” Brown said.