Protesters have entered Tarkine logging coupe RD016B this morning in opposition to continued logging of the Tasmania’s Tarkine’s rainforest.

The protesters have been participating in creative performances to highlight the tragedy of continued loss of rainforest in the Tarkine. 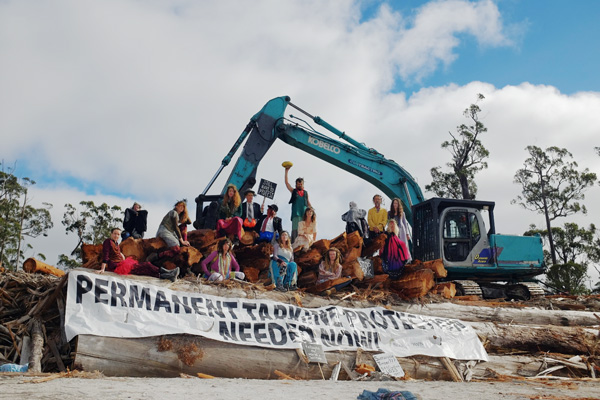 “The continued logging of rainforest in the Tarkine is a national shame”, said Bob Brown Foundation Campaigner, Scott Jordan.

“Concerned citizens are standing up against the senseless loss of ancient ecosystems and vital habitat for the creatures that make their home in these rainforests”. 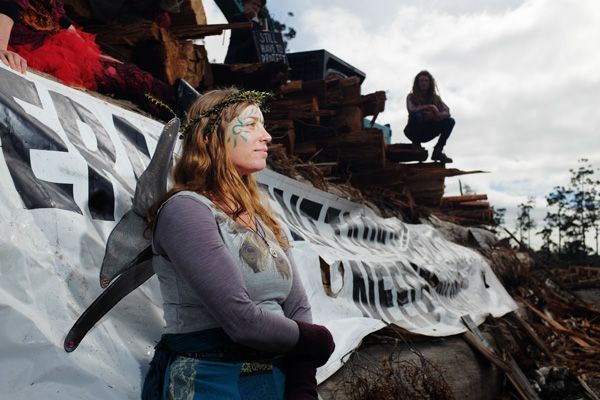 “The Tarkine has time and time again been recognised as having both National and World Heritage values, and yet the Hodgman and Turnbull Governments see only publicly subsidised woodchip and peeler logs”.

The Bob Brown Foundation joins with conservationists in calling for a Tarkine National Park and World Heritage Area.

Images and Video will be available on request.