“We are protesting today about the Liberals’ plans to allow off road vehicles access across the Aboriginal cultural landscape.  With the Braddon by-election looming, the eyes of the nation are on the north west of Tasmania. We are joining with the Tasmanian Aboriginal Community to send a clear message to the state and federal Liberal parties that their plan to re-introduce destructive off road vehicles into National Heritage Listed Aboriginal sites is unacceptable,” said Bob Brown Campaigner Scott Jordan. 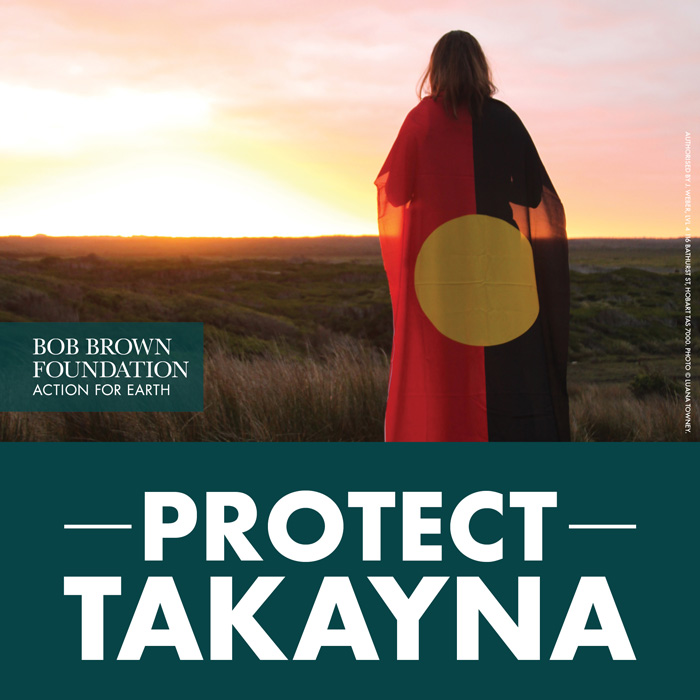 CEO of the Tasmanian Aboriginal Centre, Heather Sculthorpe, said “people in Tasmania are coming to see the importance and value of Aboriginal heritage but have yet to realise how much value heritage protection can add to the Tasmanian economy. The island of lutruwita is becoming famous for its iconic places and Aboriginal heritage is inseparable from those places. With takayna protected, there is no doubt there will be an upsurge in employment opportunities on the west coast. Now we just have to convince the political parties of that fact”.

"The takayna coast is a global treasure and is a testament to over 40,000 years of Aboriginal history lived on that country. That is rare, and anywhere else on the planet it would be hailed and celebrated", said Scott Jordan.

"But here we have a state Liberal government who thinks it should be an unregulated enduro track, and its heritage sites sacrificed for a few laughs on a weekend".

"And we have a federal Liberal government who are too afraid to stop them".

"We at the Bob Brown Foundation stand with Tasmanian Aborigines and say that takayna is Aboriginal land and should be returned to Aboriginal ownership, and that the heritage of this country is of recognised World Heritage value, and should be protected as such," Scott Jordan said.