Bob Brown Foundation has today announced a new peaceful forest vigil has been established to occupy ancient forests in Tasmania’s takayna / Tarkine.  These forests are threatened by a new logging road this Spring / Summer.

“The first group of conservationists, including our Tarkine campaigner Scott Jordan, have established the vigil camp. This weekend, a canopy campout will be held in the threatened forests to highlight to people around the world that logging continues to threaten the Tarkine Gondwanan rainforests and that our Foundation will take peaceful action to defend them,”  Bob Brown Foundation’s Campaign Manager Jenny Weber said.

These threatened forests are located south-west of the popular and iconic Sumac Lookout overlooking the Arthur River. Tasmania’s government logging agency has plans to flatten these forests.

“Premier Hodgman’s next Tarkine target is a tract of old-growth forests with giant myrtles, now painted with red paint bulls-eye. We will not stand by and lose more ancient rainforests and tall eucalyptus rich in carbon and critical habitat for wildlife,” Jenny Weber said. 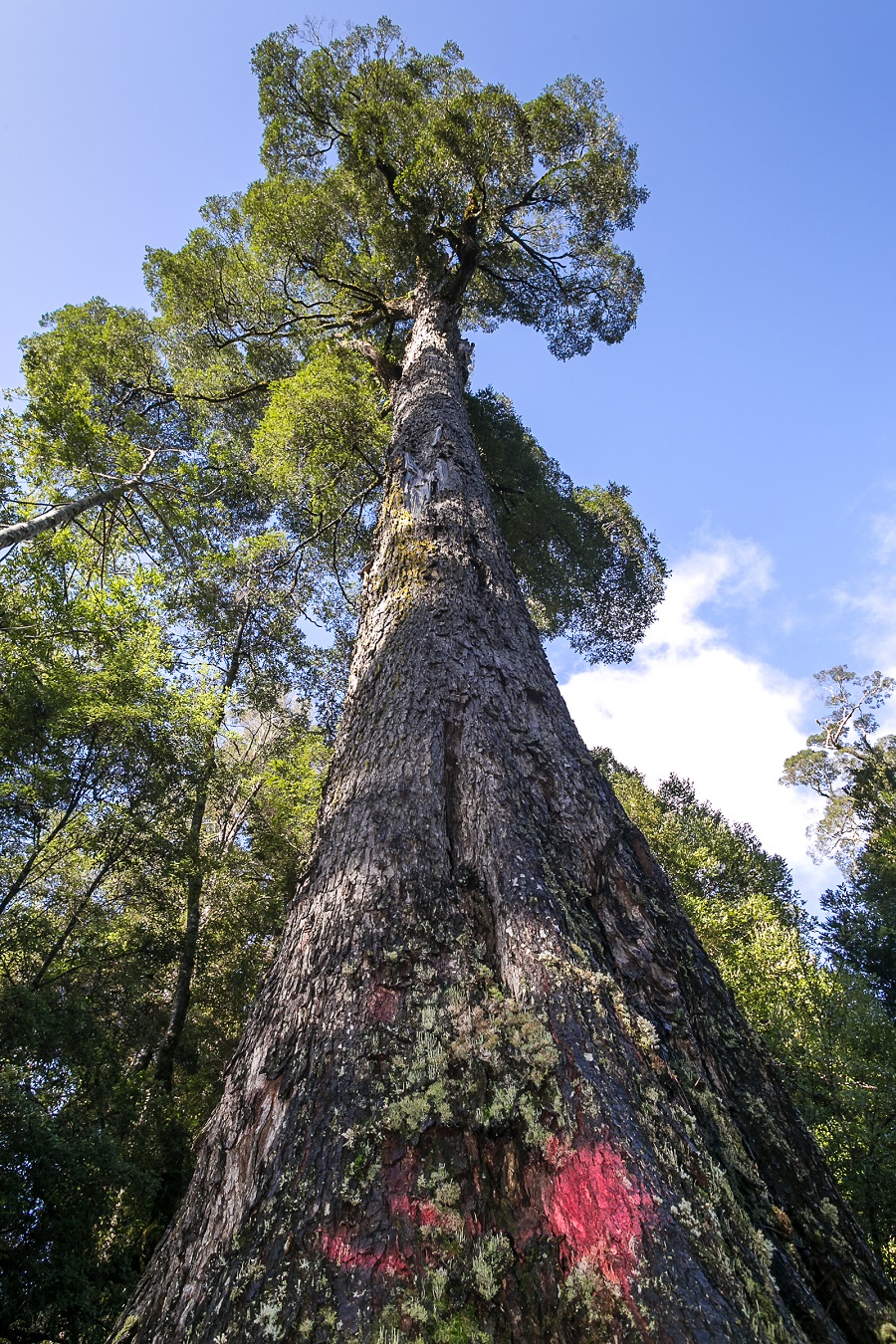 “The forests are habitat for the endangered Tasmanian Devil. We have been surveying wildlife in these forests using remote sensor cameras and have recorded Devils that rely on these intact old-growth forests for habitat.  Bob Brown Foundation has maps that show the areas targeted for logging were mapped as old-growth by the Regional Forest Agreement (RFA),” Jenny Weber said.

This forest will supply timber to the controversial Malaysian timber company Ta Ann while the majority of the forests that will be flattened will be woodchipped.

“The Tarkine in general undoubtedly has potential as a major extension to the Tasmanian Wilderness World Heritage Area. This proposed logging is a further intrusion into the Tarkine’s old-growth forests and the natural attributes of this tract of forest are self-evident and well worthy of protection. This very old Myrtle and Eucalyptus forest is an integral part of the Sumac catchment forest ecosystem, extending southward into core rainforest of the Tarkine,” Jenny Weber said.

“Proposed logging of these ancient forests can be halted. We are calling on all federal and state political leaders, including Premier Hodgman and Opposition Leader Rebecca White, to commit to permanent protection of takayna / Tarkine in a National Park, listed for its World Heritage values and returned to Aboriginal ownership.  While we wait for political leadership, we will occupy these forests in a peaceful vigil aiming to prevent their loss to logging,” Jenny Weber said.

Top - Conservationists with a banner in Tarkine threatened forests.