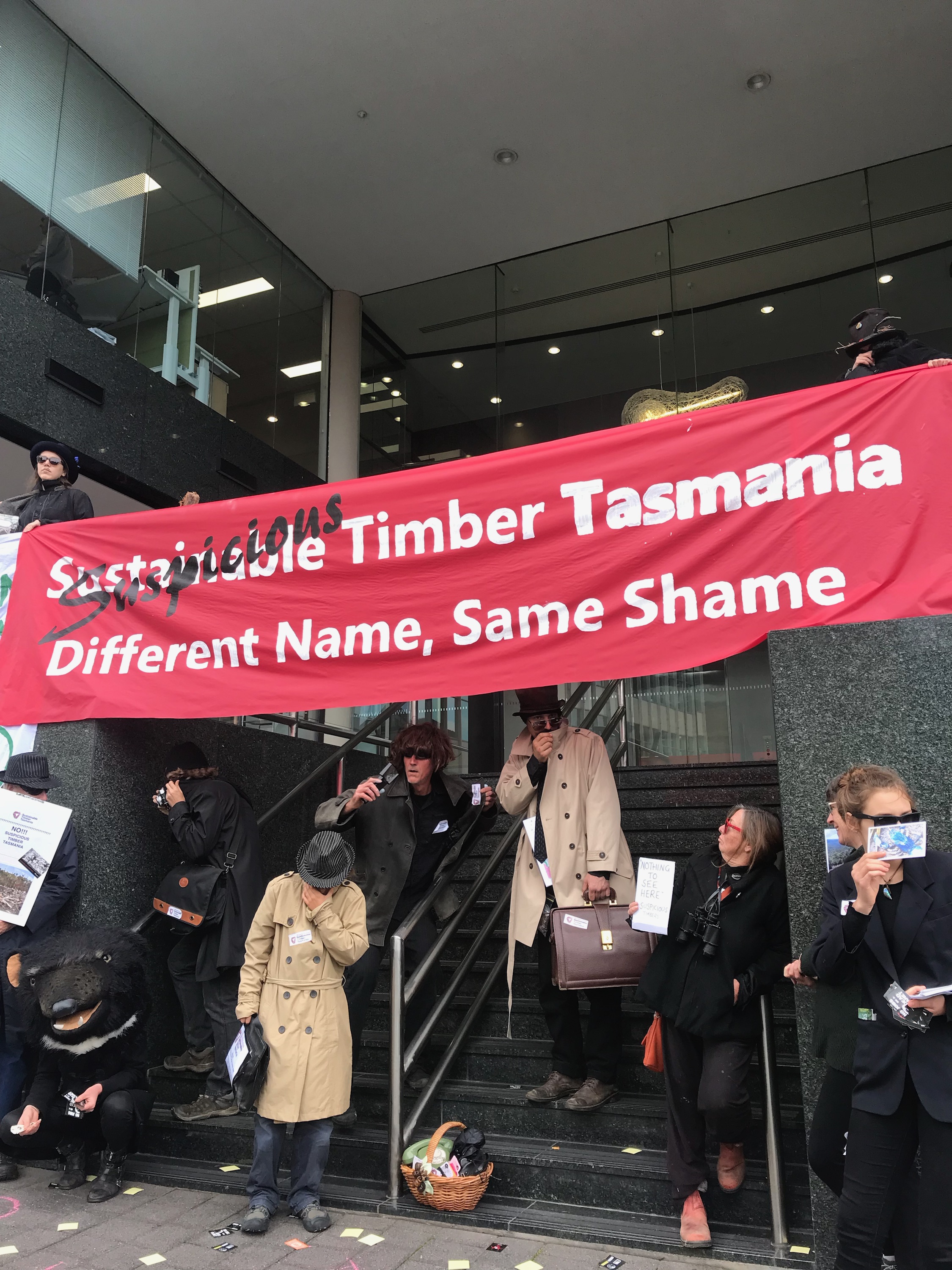 Community members are protesting today at the Hobart headquarters of ‘Sustainable’ Timber Tasmania. Protesters will stage a theatrical rebranding of the logging entity as Suspicious Timber Tasmania, in front of their new offices.

“Forestry Tasmania changed their name in 2017 to ‘Sustainable’ Timber Tasmania in what was the biggest greenwash attempt the Tasmanian public has witnessed. Out in the forests they are the same logging organisation with a different name and same shameful practices,” Bob Brown Foundation’s Campaign Manager Jenny Weber said.

“Tasmania’s unique and wild forests and the Tasmanian community are still suffering under a rebadged logging regime that has cost the taxpayer $1.3 billion over 20 years.  This regime is still logging and wood-chipping unique native forests and rainforests, still logging endangered and critically endangered species habitat and still polluting our air and threatening the climate with their annual practice of incinerating the timber left after logging,” Jenny Weber said.

“Recent protests in the ancient forests of Rapid River in the Tarkine have exposed the ongoing logging of old growth forests and rainforest in Tasmania. Our vigil camp in the Frankland River forests, which has stalled the proposed logging of Wedge-tailed Eagle habitat, is proving that it takes citizens to protect Australia’s largest temperate rainforest in the Tarkine.”

“We are calling on the Tasmanian government to abolish ‘Sustainable’ Timber Tasmania and protect Tasmania’s unique forest estate for conservation,” Jenny Weber said.