Media Release: Conservationists stage demo for Tarkine protection at MCG. "Give the Tarkine a sporting chance at the G"

On Mother’s Day Sunday, when some mums may be given cards, flowers or a ticket to the footy, Bob Brown Foundation supporters are standing up for World Heritage protection of Tasmania’s Tarkine for future generations of mothers.

"An equivalent to 15 000 MCGs worth of native forest are threatened by chainsaws and bulldozers in Tasmania's Tarkine," Bob Brown Foundation campaigner Emma Wasson said. 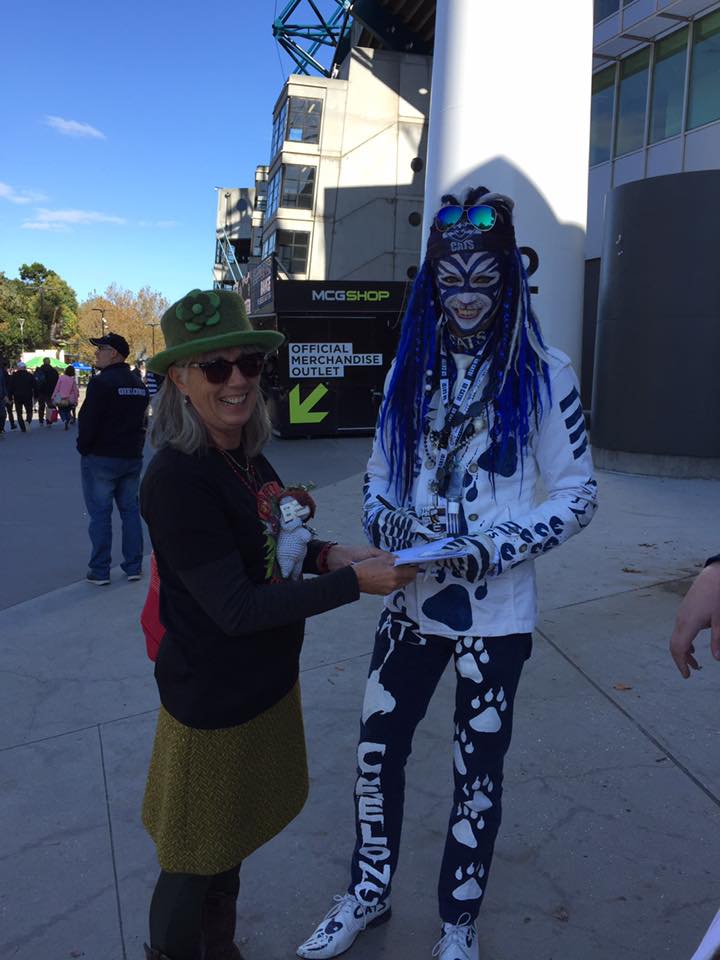 Tasmania's Tarkine meets seven out of the ten criteria for outstanding universal values and has qualifying features for World Heritage status yet it remains unprotected.

"Bob Brown Foundation is campaigning for a World Heritage listed Tarkine National Park, including its return to Aboriginal ownership. The Federal and Tasmanian State Government need to nominate the Tarkine for World Heritage listing."

"We'd rather see 15 000 MCGs worth of forest protected for the sake of the planet instead of being destroyed, so we're demonstrating here on Mothers Day for Mother Earth to raise awareness for the need for World Heritage protection of takayna / Tarkine.”