Following reports of pre-logging road works in the Que River area of takayna / Tarkine, activists have intervened and established a tree sit in defence of ancient rainforests that are vital to addressing climate change.

“Our rainforests are incredibly valuable stores of carbon, and the experts are telling us they play a critical role in averting catastrophic climate change”, said takayna / Tarkine Campaigner Scott Jordan.

“In the face of climate emergency, we simply cannot continue the outdated logging of ancient forests without dramatically increasing the impact on our communities.

We call on the Premier to immediately halt plans to log takayna / Tarkine and end logging of all native forests, instead placing them in secure reserves as vital carbon banks," concluded Mr Jordan.

Bob Brown Foundation has continued to maintain a peaceful blockade at Sumac Ridge since October. 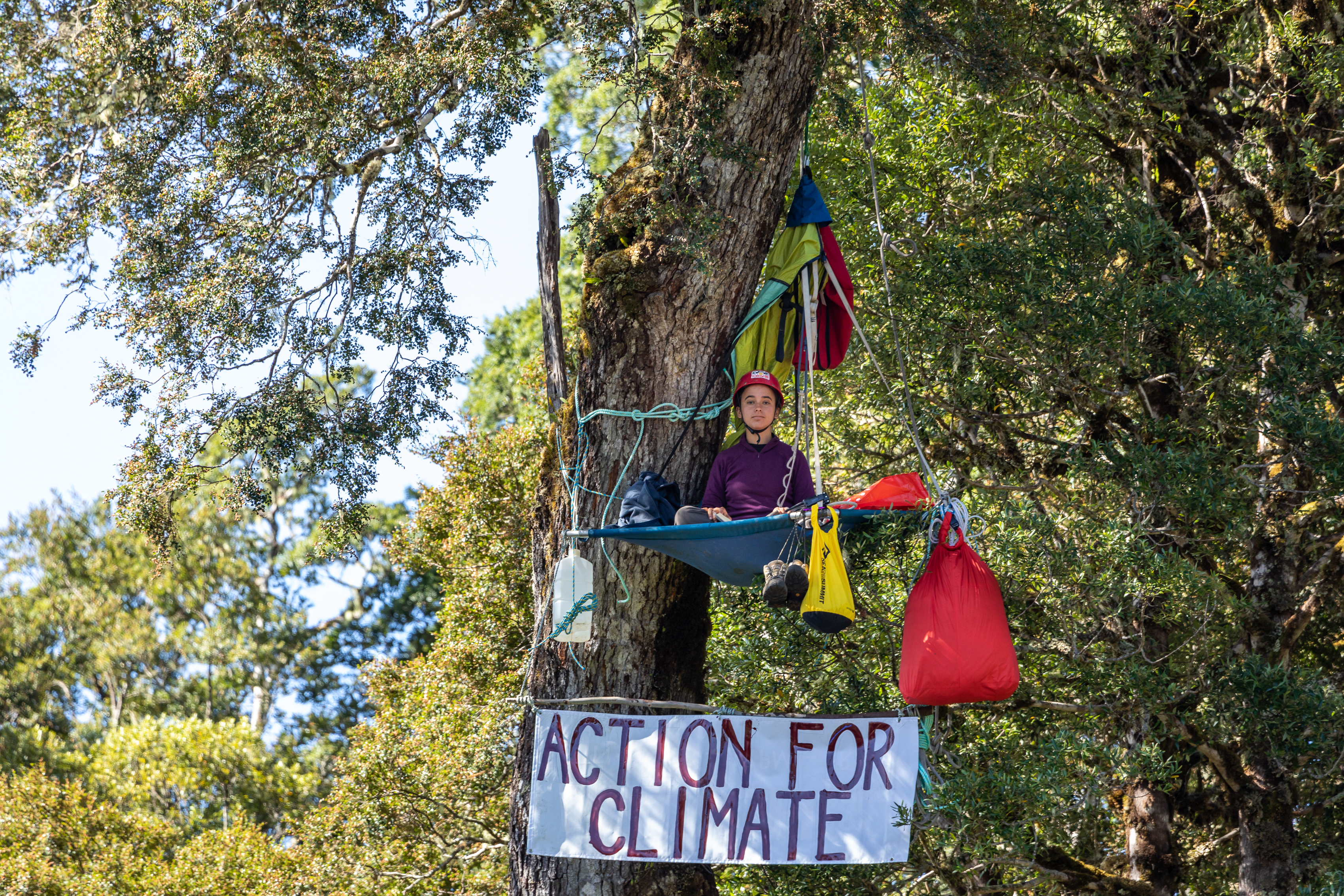