‘Bellamy, with great gusto, made a special trip to Tasmania in 1982 to join the Tasmanian Wilderness Society’s growing campaign to stop the Franklin River being dammed and its rainforests, caves and wildlife drowned.

'A No Dams rally of 12,000 people in Melbourne gave Bellamy a wildly enthusiastic reception'

‘In 1983, with the dam works under way, he returned to join us Franklin blockaders sitting in front of bulldozers in the riverside rainforests. Bellamy was arrested and sent to Risdon Prison. He spent his 50th birthday in jail. His arrest generated banner headlines in Fleet Street and provided a massive boost for the campaign on the eve of Australian elections which saw Labor’s Bob Hawke sweep to power and stop the dam.

David Bellamy came back to Tasmania in 2008 to join the 25th anniversary celebrations of the saving of the Franklin River which is now ranked as one of the world’s top whitewater rafting destinations.

He was, in later life, greatly troubled, and wrong, about his assessment that the climate emergency wasn’t anthropogenic. He was even more troubled that so many young human beings around the planet are growing up in mega-cities without the experience of wild nature ever being within their reach,’ Bob Brown said.

‘For us, down under, David Bellamy is a pivotal part of a history of success in one of the great environmental battles of our age. The Franklin flowing free to the sea is now one of the international attractants creating jobs, prosperity and environmental pride of place for Tasmania. Vale and thank you Dave Bellamy,’ Brown said.

Photo: David Bellamy standing in the Franklin River while filming ad to save the river from being dammed. Credit: The Wilderness Society Collection. 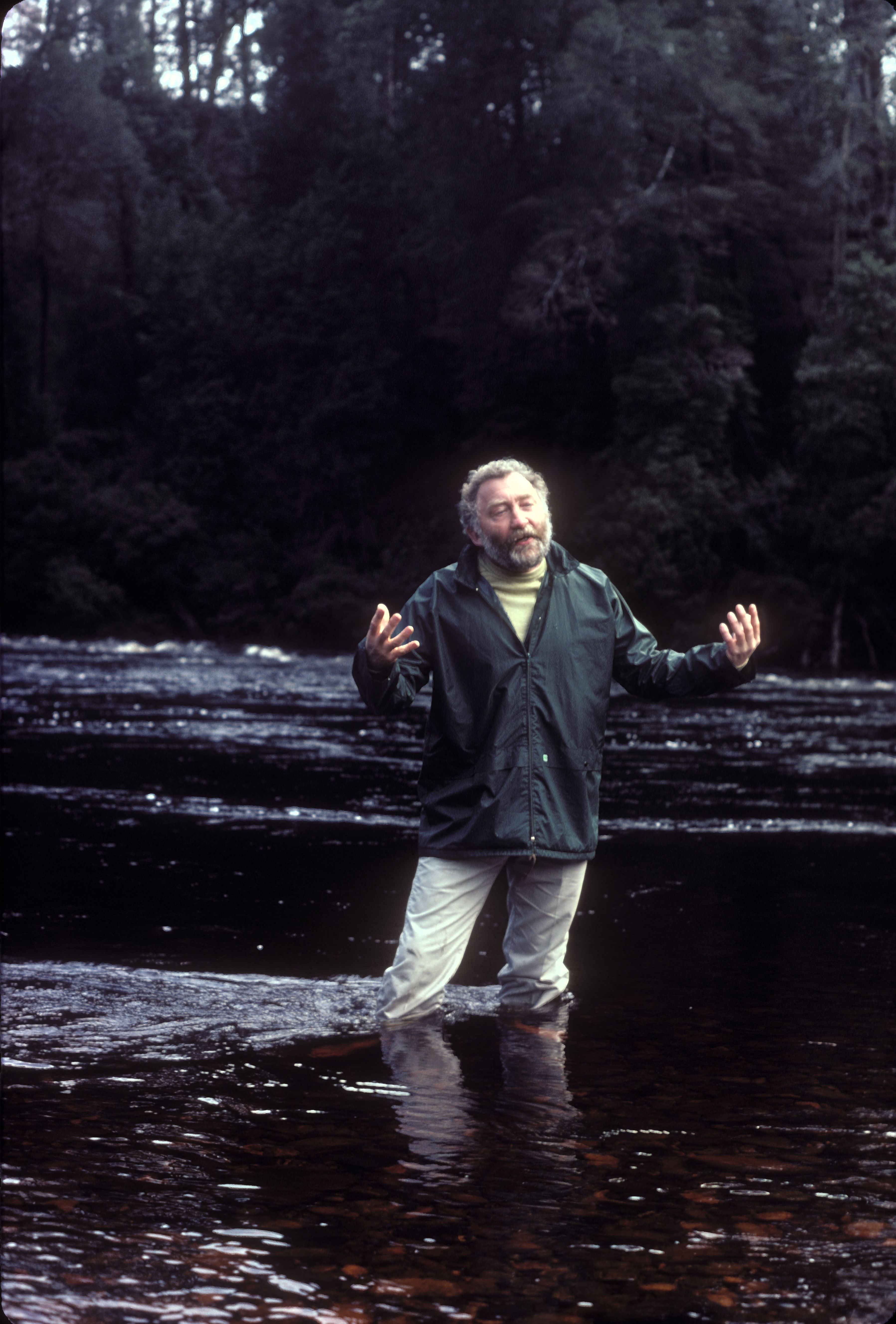