The Tasmanian government should heed the call of 40 international scientists to end the logging of natural forests if the world is to avoid dangerous climate change, environmentalist Bob Brown said in Hobart today.

Scientists from around the world have stepped up efforts to protect forests to keep global warming to the lowest limit agreed by governments in Paris in 2015. The call is one outcome of a global meeting on the climate emergency in South Korea this week.

“Our planet’s future is inextricably tied to the future of its forests” the scientists said. 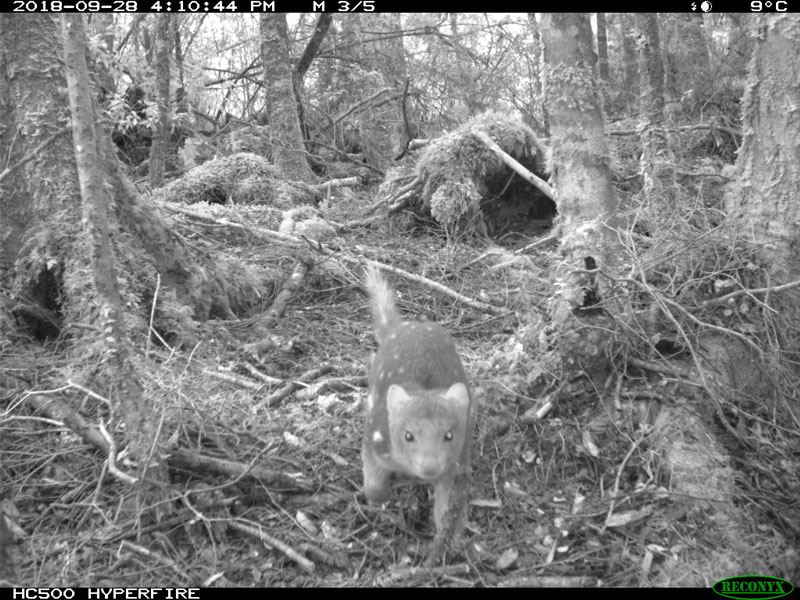 ‘Premier Hodgman should end all logging in Tasmania’s native forests and, instead, seek to trade the forests as multi-million dollar offsets to atmospheric pollution in an age of lucrative carbon trading. This will be a win-win policy for Tasmania which is benefitting so much from its reputation as the clean, green island,’ Brown said.

‘For the past month, citizens have been camped in takayna / Tarkine where a new logging road is planned this summer to flatten old growth myrtle rainforest.  We have been documenting the endangered and threatened wildlife that rely on these forests for survival, capturing photographs of the Tasmanian Devil and Spotted-tailed Quoll.  Leaving the takayna / Tarkine forests intact and protecting all of Tasmania’s native forests is an urgent climate issue and has added benefits such as protecting endangered species habitat,’  Bob Brown Foundation Campaign Manager Jenny Weber said.

Photographs of the Spotted Tailed Quoll in threatened takayna / Tarkine logging coupe at this link -https://www.dropbox.com/sh/uxw25wp9lubn72k/AACqcztIZUOeHgozwhlCMy1Ta?dl=0