Talking Point: Abundance of room for culture in ‘wilderness’ 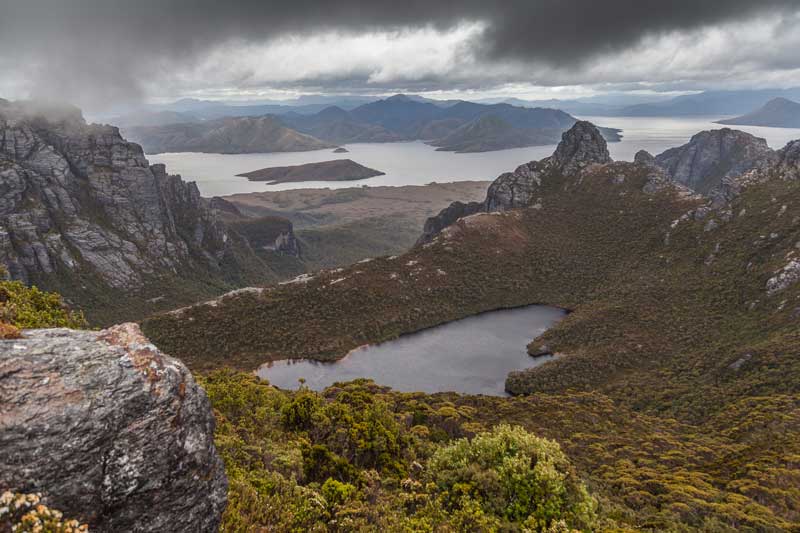 Our campaigns, and crucial Aboriginal campaigning, did save the Franklin River from damming, Precipitous Bluff from mining for cement, and the Alma River forest from clearfelling.

However Emma wrote no criticism of the Hodgman government's intention, powered by Simon Currant's Tourism Council, to open the door to future logging, mining and monopoly tourism in the TWWHA through removing the wilderness status and other protections won so long ago.

Emma's contention that 'wilderness' can be another name for 'dispossession and exclusion of Australian Aboriginal people and cultural practices' echoes some mainland viewpoints and is untrue. If there was an example of this in Tasmania she didn't point to it. The term 'wilderness', in the United Nations' context in the TWWHA management plan and as I have always used it, embraces indigenous heritage, habitation and culture, while excluding modern technological impacts.

Her criticism of the internationally acclaimed Dombrovskis and Truchanas wilderness photography for promoting the "untouched" qualities of natural values raises two questions: what's the problem?and which human impacts ought they have highlighted instead? Should nature photography be outlawed? There is more to depicting the planet than us and our impacts, and quite a lot of indigenous artwork highlights unencumbered nature.

MONA got the minister to allow a galvanised box on stilts in Bathurst Harbour without the Wilderness Society turning a hair. I am on Emma's side if there is some similar indigenous cultural presentation for the TWWHA but I hope it manages to arouse more public interest. Surely a bigger problem for the Aboriginal community is not having the money for cultural presentation.

I propose that I join Emma in a delegation to Will Hodgman and Tony Abbott to get a decent levy on the future use of the TWWHA so that Aborigines can get funds to showcase their heritage and culture. The levy could apply to visitors to our wild and scenic island but not locals - though I would gladly pay it.

Even in the University of Tasmania, supposition can lead to error. Emma's claim that I helped drive the campaign to name the TWWHA is demonstrably wrong. I do know that the late Helen Gee sought a name for the south-west wilderness region from Aboriginal people as far back as the 1970s but was unable to find one. I did not put the name 'wilderness' into the World Heritage nomination in 1982: it was a matter for the governments of the day.

But I think 'Tasmanian Wilderness World Heritage Area' is a good name. That word 'wilderness' is unique in the 1,000 World Heritage site names on Earth and helps draw thousands of overseas and interstate visitors to Tasmania. Yet if the Hodgman government drops wilderness protection from the area's future management, as Emma wants, I agree the name 'wilderness' should go too. Authenticity is vital in presenting Tasmania's attributes. If the wilderness goes, so should the title.

Emma is right in citing the 2004 'State of the TWWHA Report' which awarded 4 to 5 stars for wilderness qualities but only 2 stars for Aboriginal heritage. The best way to fix this failure is to achieve 5 stars for both rather than reversing the score. Premier Hodgman's cut of $2.4 million to Parks and Wildlife last week, after giving Forestry Tasmania which has wrecked both wilderness and Aboriginal heritage $30 million, shows how readily he can lower the score both ways.

Emma's claim that 'indigenous rights and development are good, so long as they do not apply to Tasmanian Aboriginal people and the World Heritage Area' is not backed up and it is simply wrong. To be more constructive I also offer to join Emma in proposing to Premier Hodgman and Simon Currant's Tourism Council that, besides the levy, either or both fund Tasmanian Aboriginal Cultural centres at the portals of the TWWHA, with guided trips to the interior rather than exclusive enclaves in the wilderness for top income fly-in-fly-out visitors. Why not at Strahan, Maydena, Liffey Valley, Recherché Bay, Cradle Valley, or the Tarkine or tourism-central Hobart and Launceston?

Why not indigenous escorts for tourists through the cultural landscapes (including firing the culturally managed landscape Emma refers to if that is what is wanted and can be done, as before, without igniting or risking the thousands-of-years-old forests in the landscape) leaving only footprints and taking away only new insights into our ancient human relationship with the natural Earth?

Emma says that 'resistance against a change to the World Heritage name and the "wilderness brand" by the Wilderness Society and the Greens is an argument about politics and history rather than a reflection of the World Heritage Area's values, both natural and cultural'. Well, once again, I'm not resistant. It's about calling a spade a spade and if Emma's backing helps the Hodgman government demolish that brand for private profiteers then let's call it the Tasmanian Once-was-Wilderness World Heritage Area and be done with it.

Over recent times my foundation has been working on the idea of a return to the Aboriginal community of natural lands in and outside the TWWHA. I invite Emma Lee to advise us on what she thinks of such a positive direction. She may find that we are some of the best friends there are for Aboriginal governance.

So far as we know, this tiny planet Earth is the only one alive. Over billions of years it has nurtured human beings into our common ancestry of indigenous existence. We were all cradled in the global wilderness or natural biosphere and are innately bonded to it: that is why we love nature. Yet in the last one millionth of Earth's evolutionary time modern human society has come to dominate and radically degrade that nurturing wild biosphere.

In 2015, when wilderness is one of Earth's fastest-disappearing natural resources, our generation is on the brink of wrecking all that is left. We owe it to those coming after us to uphold and keep viable the right of both Aboriginal and non-Aboriginal people to have for their own lifetimes something of the wild world which set their mental and physical beings.

The destruction of Tasmanian Aboriginal sovereignty and culture demands being faced up to with reasoned restitution. However the Currant-Hodgman-BryanGreen prescription for removing the management plan for Tasmania's magnificent remnant wilderness to foster logging, mining or monopoly private resorts, with no consultation with either the Aboriginal or environmental communities, is not where that restitution can or should best begin.

Read this article in themercury.com.au here.