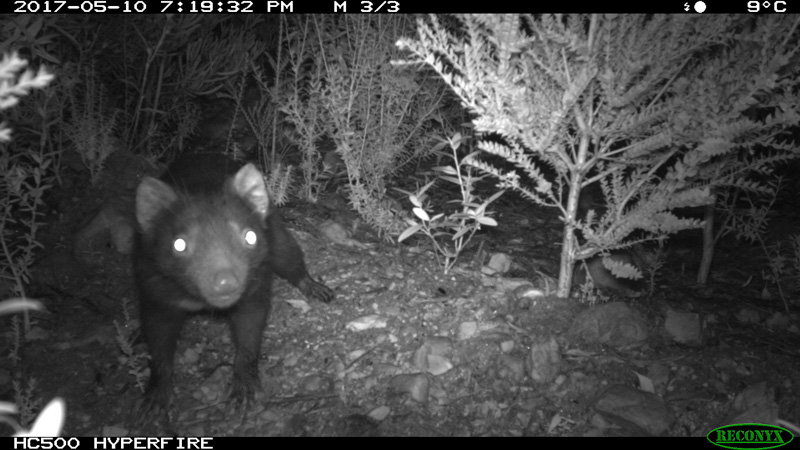 The Foundation will be calling on Federal Environment Minister Frydenberg and Premier Hodgman to provide National Park protection for the Tarkine.

“Over the past 100 days, over 120 members of the community have participated in a vigil camp occupying and defending two proposed logging coupes in the Frankland River area of the Tarkine.

Citizens have spent this time documenting the outstanding natural values of this area, with wildlife cameras, visits with experts and audio call-back equipment surveys have recorded the presence of rare species like the giant freshwater crayfish and spotted-tailed Quoll, and endangered species including the Tasmanian masked owl and Tasmanian devil in these threatened forests.

Logging of this wildlife rich habitat was scheduled to begin in February 2017, these ancient forests are still standing and we look forward to secure and permanent protection before they are lost to logging,” Bob Brown Foundation Campaign Manager Jenny Weber said.

Photograph attached of one of the healthy Tasmanian Devils inside the proposed logging areas, recorded using wildlife sensor cameras.