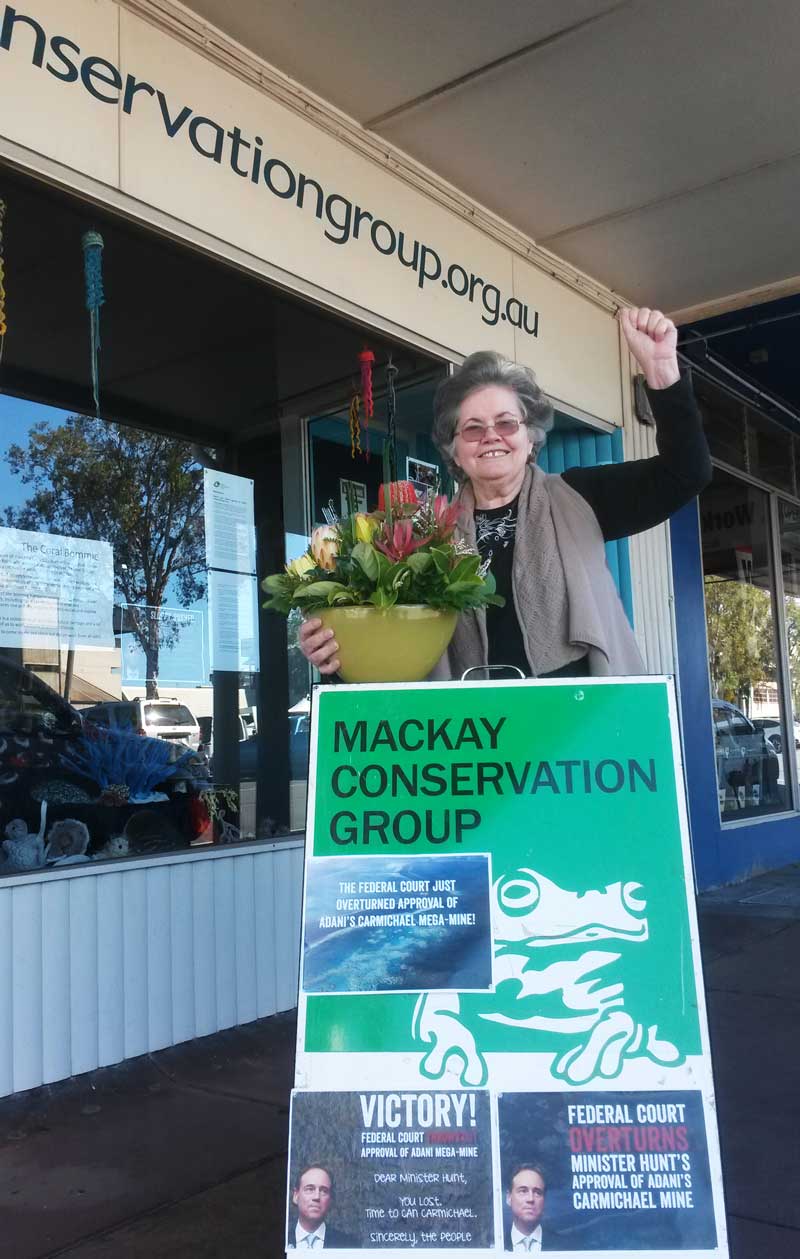 "If built, the proposed Carmichael mine would have been Australia’s largest coal mine exporting up to 60 million tonnes  of coal from across the Great Barrier Reef Coast every year.

In July 2014 the Federal Environment Minister Greg Hunt approved the Carmichael mine and in January this year we launched a challenge of the mine arguing that the impacts of the project on the climate and threatened species had not been properly addressed.

Minister Hunt has now admitted that he didn’t adequately consider the impact on the yakka skink and the ornamental snake, two vulnerable species impacted by the mine."

"This is a historic win for the Climate, fragile ecosystems in western Qld and the Great Barrier Reef.

This victory would not have been possible without the support of the NSW Environmental Defenders Office and everyone who has donated to the case and helped highlight the impacts of this devastating mine on our Reef, the climate and the unique biodiversity of Western Queensland."