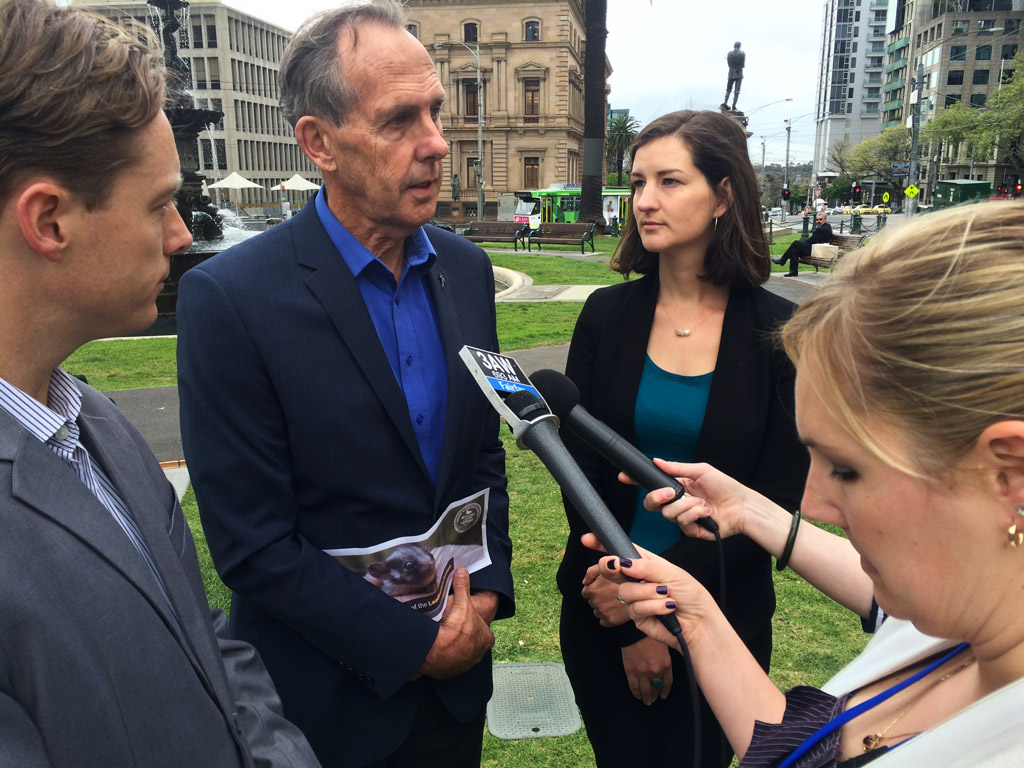 " The Napthine government is driving Victoria's unique Leadbeater's Possum towards extinction but claiming to be its saviour. However voters, by a 5 to 1 majority, want the tall forests which are Leadbeater's possum habitat to be protected as national park," Dr Brown said.

" Nevertheless Prahan Liberal MP Clem Newton-Brown is distributing an election pamphlet featuring the angelic-faced possum and endorsing an ineffective 'Management Plan' while his Liberal government, like the Labor Opposition, is expanding logging of the remnant Mountain Ash forests in the Central Highlands. These forests are the extremely rare marsupials' only natural habitat," Dr Brown said.

In Melbourne today former national Greens Leader, Dr Bob Brown released a Galaxy Poll taken last weekend which shows a 5 to 1 majority of Victorian voters back a National Park in the Yarra Ranges to protect the possum. Amongst younger voters (aged 18-24) the majority is more than 10-1. Both Labor and the Coalition have so far opposed this popular proposal.

"Clem Newton-Brown and Liberals haven’t got a rescue package for the leadbeater's possum they've written the eulogy," Sam Hibbins said.

" It's ridiculous that tax payers are having to subsidise the logging of our old growth forests - If I'm elected here in Melbourne and have balance of power, I'll make it a condition of my support that the Government creates the Great Forest National Park," Ellen Sandell said.