Les Southwell, a towering figure of last century wilderness travel and photography in Tasmania and Victoria, has been found dead in the Victorian alps. He had been separated from companions and was sitting outside his tent near snowy Mt Bogong when he died, aged 88. 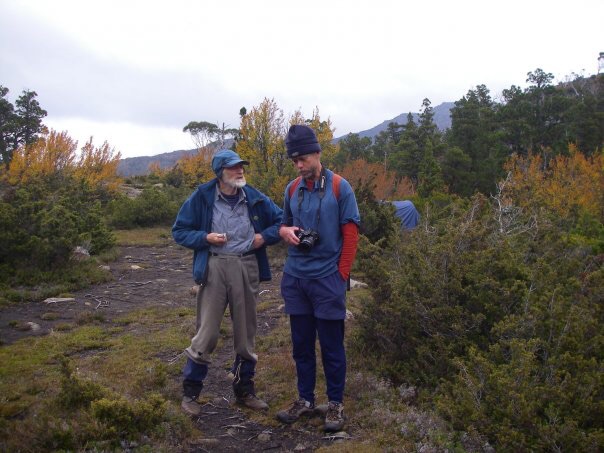 "Les Southwell, a Melbourne engineer, was one of the most remarkable wilderness walkers in Tasmania in the high age of wild country adventure last century. He first came to Tasmania in the early 1960s and, via the original Lake Pedder, walked to Federation Peak, the most remote mountain in Australia. Consequently, in scores more trips, he bushbashed into other remote places including Pokana Cirque, Lake Curley, the Denison Range and Gordon Splits," former Greens leader Bob Brown said in Hobart today. "Les was a vigorous advocate for saving the Franklin and Gordon rivers from damming."

"Les Southwell's 1983 book 'The mountains of Paradise: the Wilderness of South-west Tasmania' is a classic of Australian wilderness photography. His depictions of Lake Pedder National Park are now national treasures. Until the end, Les was a crusty advocate for restoring Lake Pedder," Bob Brown said.

Victorian environmentalist Karen Alexander OA said that "Les had a very long dedication to conservation, from the Lake Pedder campaign to Fraser Island, the subject of his first book, and the Franklin. He saw the value of photography to convey the good message about wild places, like Peter Dombrovskis and Olegas Truchanas who also died in the wild. Les kept the campaign for Tasmania's South-west wilderness alive in Melbourne after the loss of Lake Pedder, paving the way for saving the Franklin. As a civil engineer, Les had argued strongly for alternative solutions to the flooding of Lake Pedder."

"Half a century ago Les observed that for Tasmanian politicians 'the idea of the wilderness experience seemed incomprehensible and they often seemed hostile to the very notion'. Nowadays wilderness is arguably Tasmania's greatest tourism drawcard, thanks to advocates like Les Southwell," Bob Brown said.