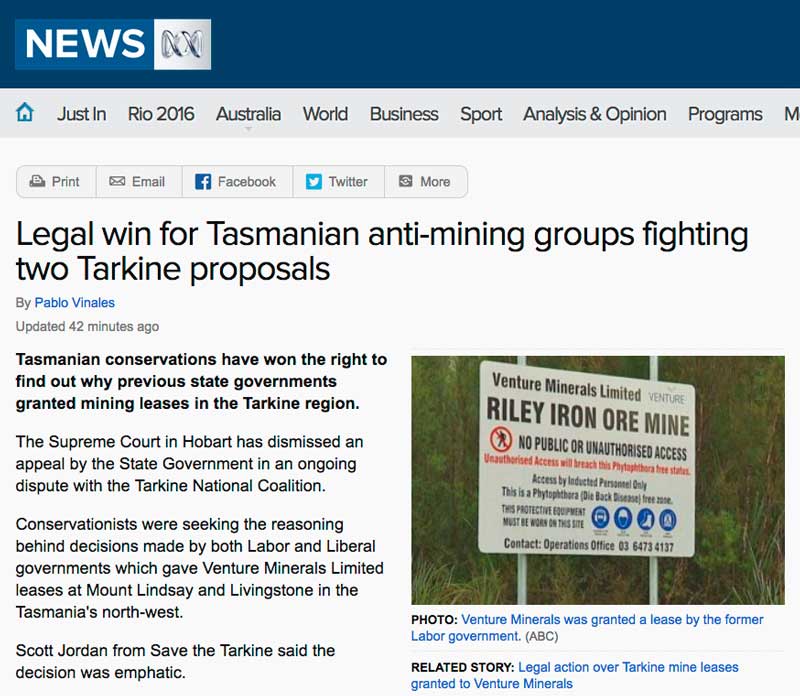 Tasmanian conservationists have won the right to find out why previous state governments granted mining leases in the Tarkine region.

The Supreme Court in Hobart has dismissed an appeal by the State Government in an ongoing dispute with the Tarkine National Coalition.

Conservationists were seeking the reasoning behind decisions made by both Labor and Liberal governments which gave Venture Minerals Limited leases at Mount Lindsay and Livingstone in the Tasmania's north-west.

In an unanimous decision earlier this year, the full bench of the Supreme Court ruled in favour of the environmentalist group.

But the Tasmanian Government challenged that ruling, arguing the group did not have a sufficient interest in the area to make them a "person aggrieved" which would then justify it obtaining the statement.

Read the full story on the ABC here.