Lament for a forest almost lost, or almost safe? 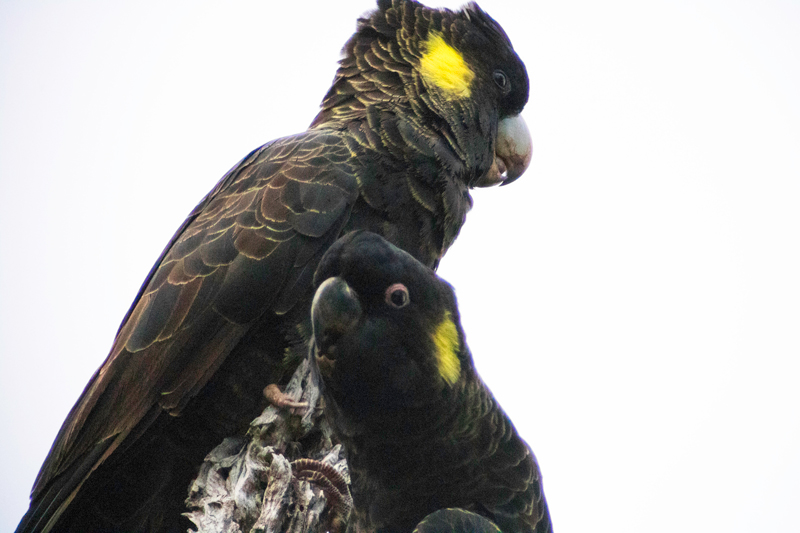 Upon arriving at an old growth forest in Tasmania, the cry of the Yellow Tailed Black Cockatoos is always a feeling of coming home. Arriving at the Tarkine’s Frankland River forests and hear the familiar cry of the cockatoos, it sets shivers all over to think how many forests the cockatoo has seen plundered. As they fly over the vast forested regions, often in pairs, and sometimes in flocks of a hundred or more.

The only black cockatoo found in Tasmania. Unlike other cockatoos, a significant proportion of the diet is made up of wood-boring grubs. Birds place their ear against the surface of dead trees to listen for the sound of grubs beneath. If a grub is detected the bird will use their powerful bill to tear chunks from the tree to reach the grub, often leaving a small pile of woodchips at the base of the tree. Such scarred, dead trees are a common sight in Tasmanian forests.

A long-lived species, Yellow-tailed Black-Cockatoos have a long breeding season, which varies throughout their range, although in Tasmania it is generally from October to February. Both sexes build the nest in hollows of tall, mature trees, generally eucalypts. The hollow is lined with wood chips. The same tree may be used for many years. 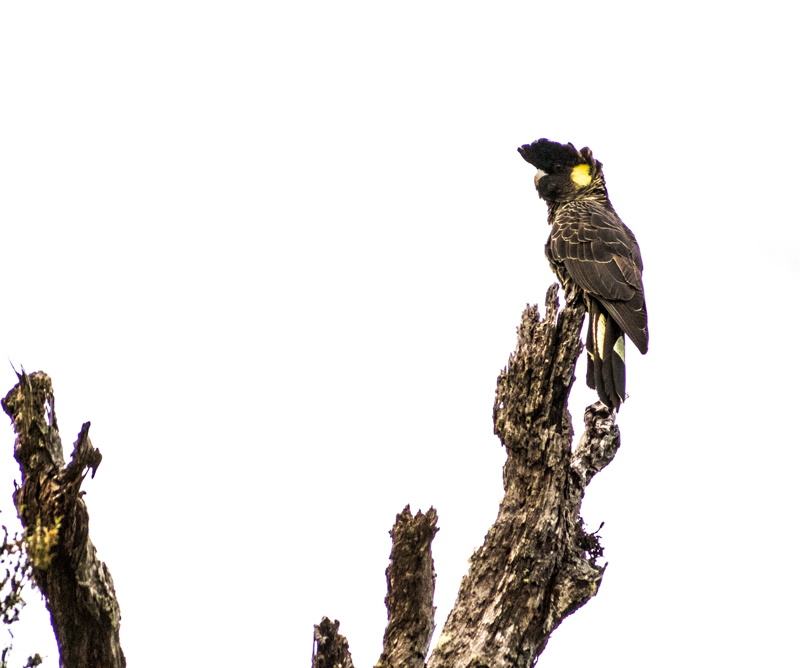 The cacophony of sounds while I camped last week in these ancient threatened forests awakens our appreciation to the vast population of species that will be lost in the coming weeks when the bulldozers and chainsaws arrive.

Four different species of frogs, the distant call of the boo book owl, and the chatter of the colony of ring-tailed possums that surround our camp. Just a very small roll call of the residents of this 75 hectares of scheduled logging area.

When the sound of the wild Tarkine coast rumbled the ocean sounds over our camp one night, I was left astounded at how precious takayna/Tarkine is. To be truly immersed in ancient rainforests and eucalyptus forests flanking a wild river full of giant freshwater crayfish, Astacopsis gouldi and hear the ocean roar. The awe of this place filled me with great concern for its future.

Now being back in my office working to support the team in the forests, Lisa in the treesit and raise awareness about the impending loss of these ancients forests, I see a flock of 12 yellow-tailed black cockatoos fly past my windows. I only work with the hope that it will be their forest homes that we keep safe. Would I be so naïve after all these years fighting for the forests to think we could but save these ones? 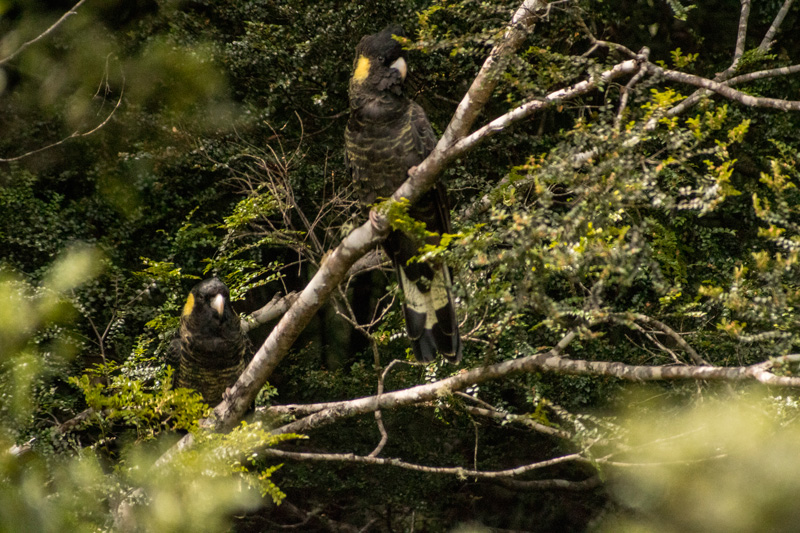 All these photographs of the Cockatoos were taken last week in the threatened Frankland River forests by Isabelle Chigros-Fraser.