Only 50 kms from Sydney CBD, near Campbelltown, Lendlease has started pulling down paddock trees and bulldozing pasture to build Stage 1 of their “Figtree Hill” development, constructing a minimum of 1700 new dwellings and creating a new suburb. 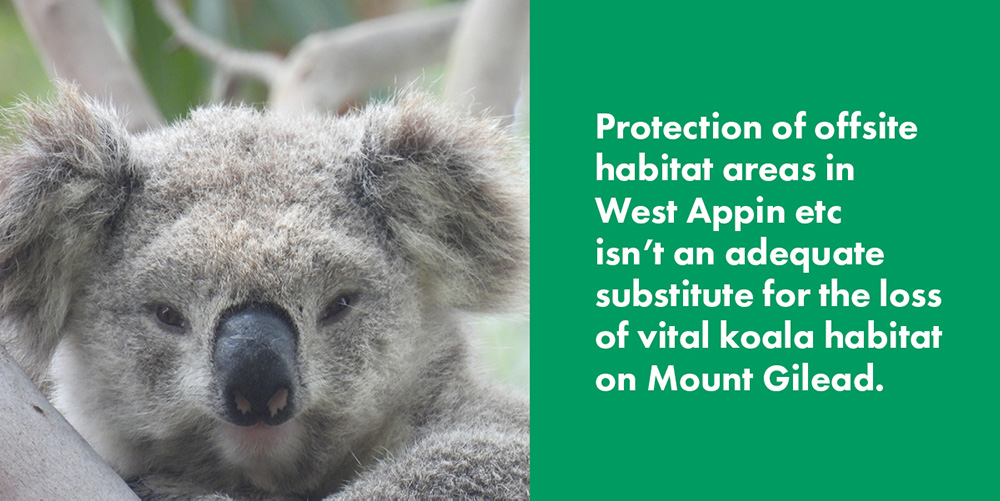 This whole area is on arguably the most strategically significant koala habitat left in NSW. Mt Gilead is home to a primary habitat corridor bordering the Nepean River and three of six east-west linkage areas or movement corridors that allow the koalas to move between the Georges and Nepean rivers in order to crossbreed, access water and escape in the event of fire.

In its current form, Lendlease’s conservation plans for Mount Gilead Stage 2 (MGS2) will sever or compromise these corridors and likely make any remaining habitat inhospitable for the koalas.

This area is known koala habitat, it provides major wildlife corridors between the Georges and Nepean rivers. The Lendlease development is reducing these corridors to mere green strips among urban sprawl. Koalas are simply getting cut off from moving between the rivers. 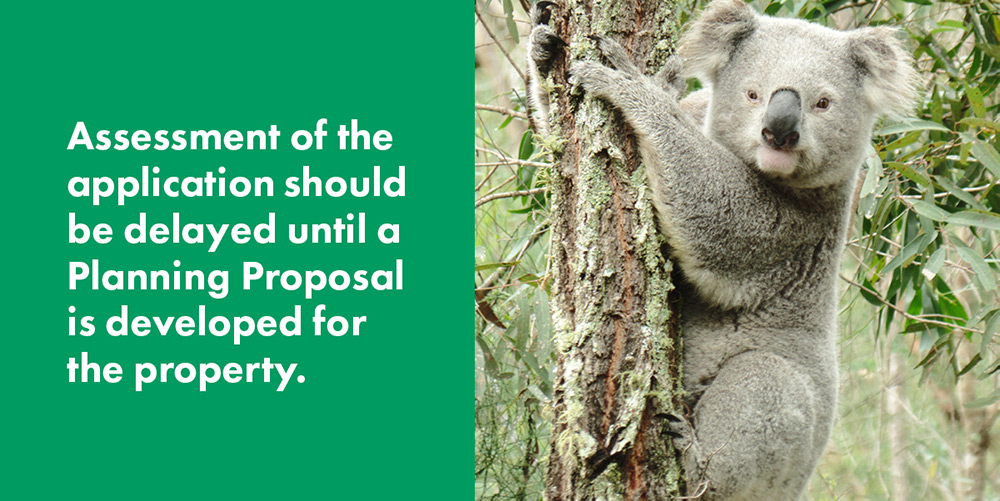 Whilst Stage 1 of this development is underway, approvals for Stage 2 are being finalized. It will destroy more bushland for the koala and is about three times as large.