The koala is in crisis.

NSW is set to lose its koala population by 2050 if action isn’t taken urgently to protect it. 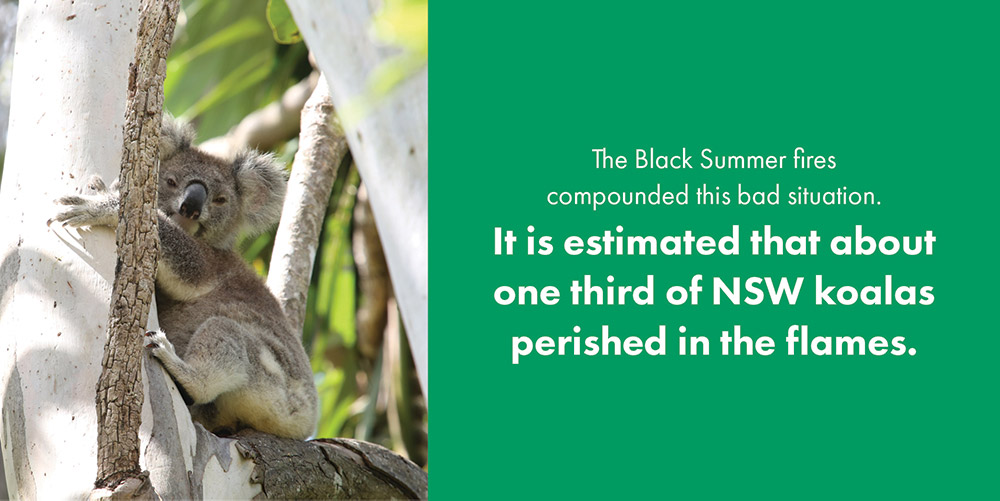 How did we get here?

A decade of mismanagement of koala habitat.

Native forest logging on public and private land reduces habitat, food supply and increases heat while reducing rainfall. Re-growth forest, while offering the possibility to generate some food, has little habitat value as the koala prefers larger trees to feed and live on. Koalas, found in these forests tend to have less chance of survival during bushfires as they try to escape the fire by climbing higher into the canopy, where they are likely to burn to death.

Large areas of habitat are lost due to urban sprawl into areas where koalas live. One prime example is the development proposal for Sydney’s Campbelltown as explained further below. 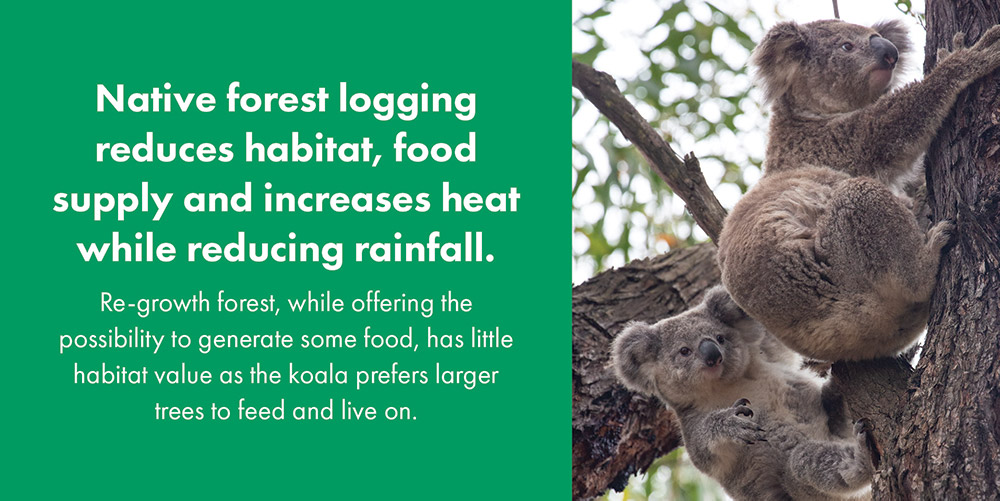 What Can be Done?

Ending all native forest logging will protect threatened species habitat and contribute to a healthier climate, as well as reduce chances of large scale bushfires. They also increase rainfall and reduce heat. Native forest logging needs to end. We don’t need to log native forests to fulfil our wood chip and timber contracts. There is enough plantation timber available. 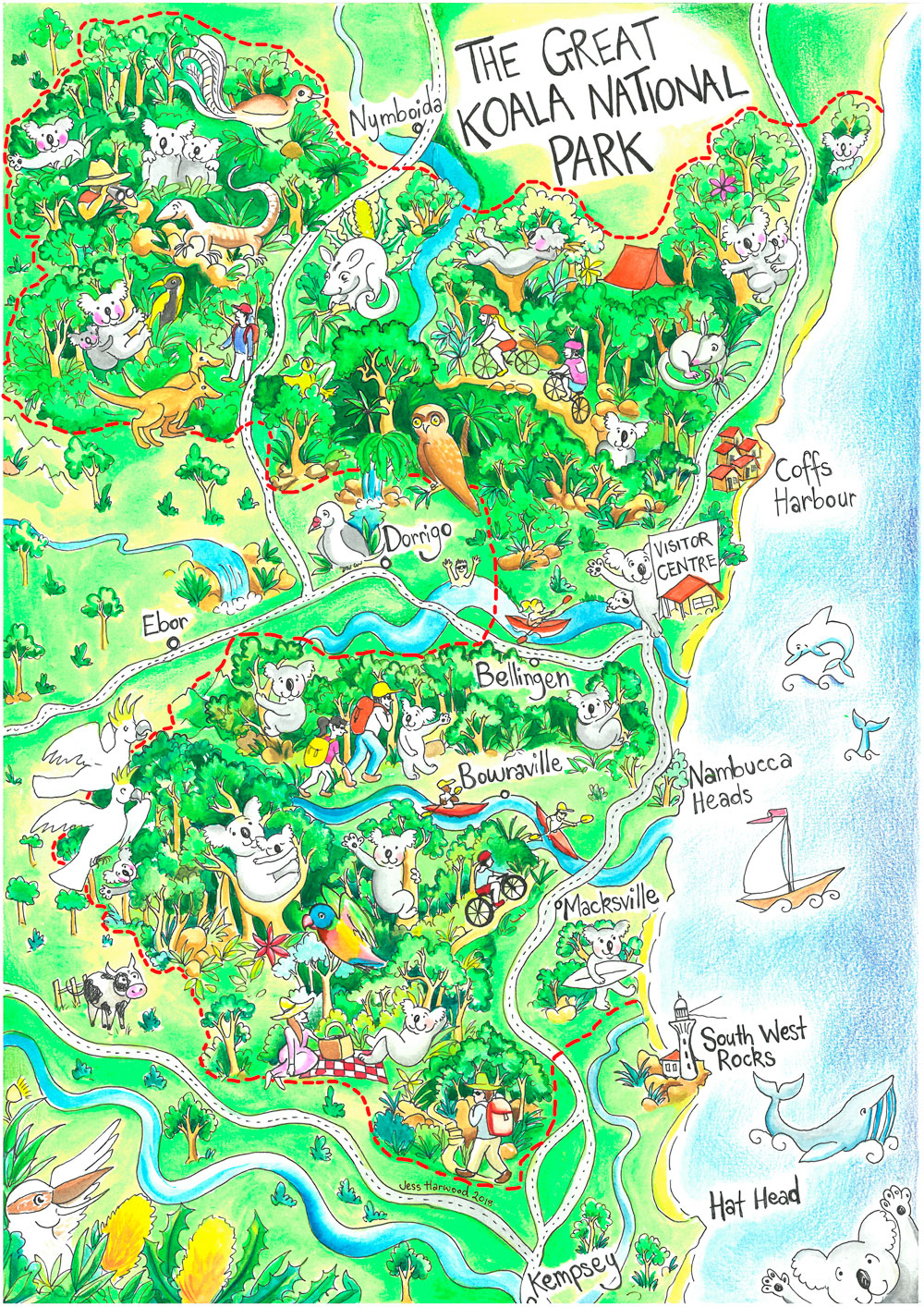 On the fringes of Sydney, a healthy, chlamydia free koala colony is thriving and growing. However urban sprawl and a fast-tracked development push by the government in this area, this colony is in the way of bulldozers

We are asking the government to declare the koala colony in the area between the Blue Mountains to Campbelltown to be of national importance. To establish an Upper Georges River Koala National Park and to stop stage 2 Gilead development.

Additionally, we ask the Minister for Planning and Public Spaces, Rob Stokes to offer better koala protection in urban development areas and create at least 450m wide corridors for habitat as well as koala crossings under busy roads to reduce roadkill.

What you can do to push our government to protect the koala and stop logging native forests: 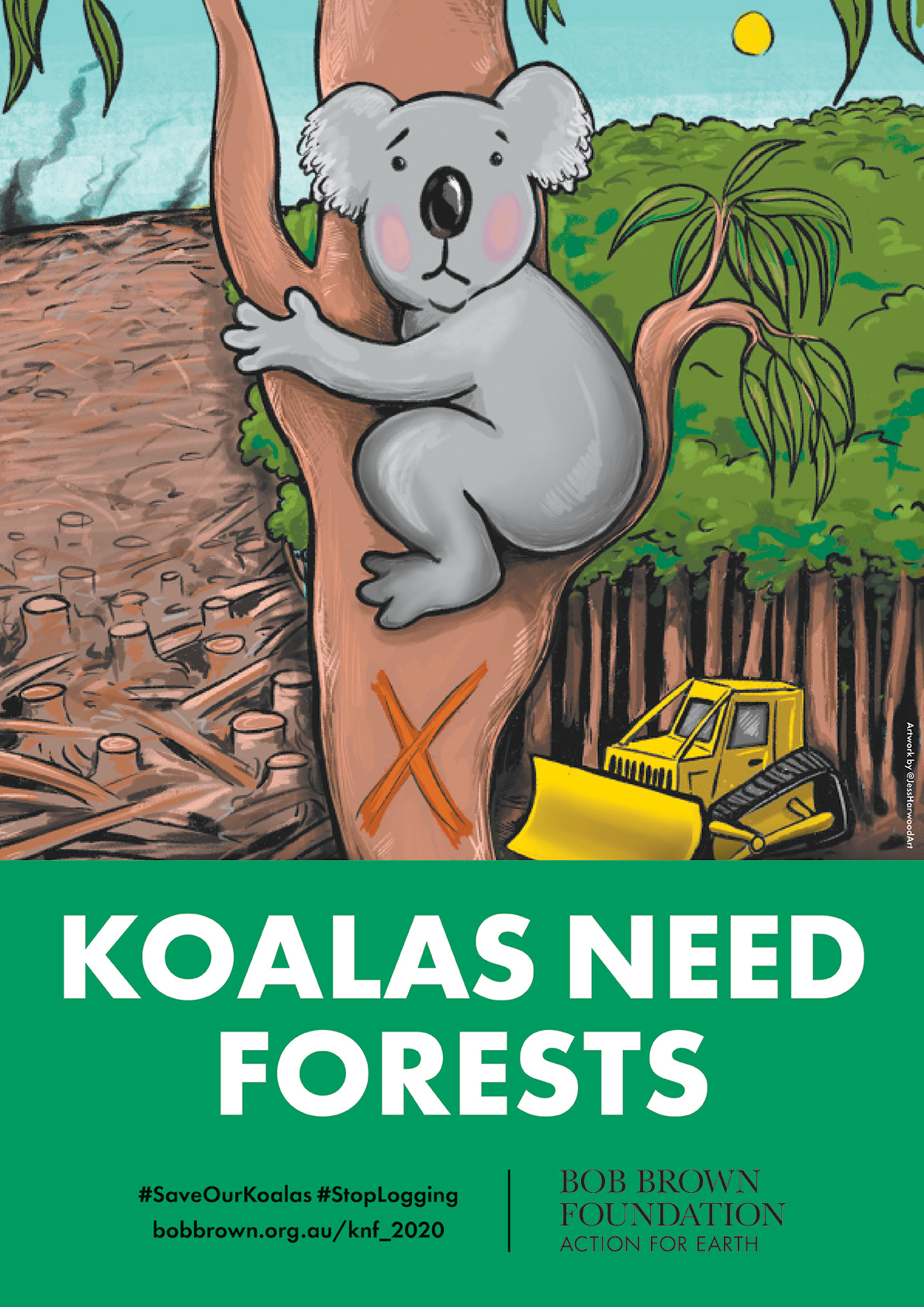