With trepidation and excitement, visiting Al Jazeera with Alec Marr yesterday was an experience to remember. Alec appeared on Inside Story, a daily news programme broadcast by Al Jazeera English, from Al Jazeera's studios in Doha. 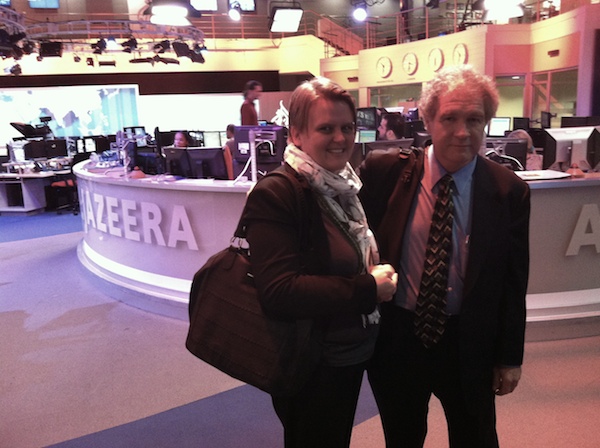 There were striking images on the wall of solidarity by journalists for their colleagues who are currently imprisoned. I was thinking of the Australian Peter Greste, an Al Jazeera journalist detained in Egypt. I was struck by the freedoms of journalists close to me and people we work with every day in Australia.

We were at Al Jazeera to deliver a story on World Heritage and Tasmania's forests, an issue that pales to insignificance compared the current issues around the globe today. Though the World Heritage forests of Tasmania are also one of the most spectacular places on earth, and recognised by UNESCO as such, we are merely messengers of their value and significance. In a world of so many stories. 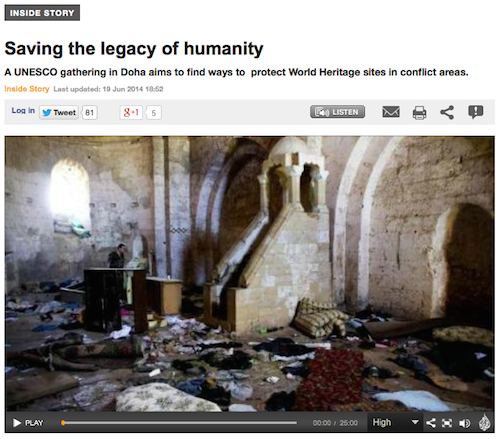 So while being at the edge of the desert in the Arabian Gulf summer, I'm remembering that the lush and wet temperate forests of Tasmania are the lungs of this globe and they stand tall for the benefit of all species and the climate.

The World Heritage Committee meeting is on today from 3 to 7 pm Qatar time. They are starting on the Nominations to the World Heritage list. So the Tasmanian forests decision is imminent, most likely we will hear about it tomorrow.