Media Release: An 80-years-old advertisement in Hobart’s Macquarie Street is being restored to its former glory

The faded McCann Bros. music store sign advertising ‘Piano and Radio’ on terms of five shillings weekly was painted by Hobart signwriter Max Towell in the 1930s. It is on the south wall of the two-stories brick building ‘Loretto’ at the corner of Macquarie and Warneford Streets. 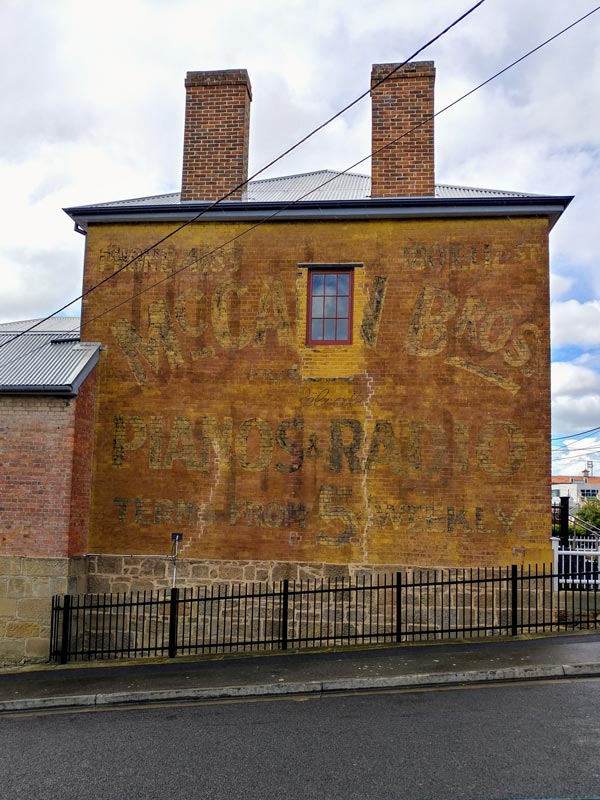 Bob Brown, whose foundation is refurbishing the sign after a long process of evaluation by state and city heritage authorities, has engaged Tasmanian Michael Bremer-Trainor to carry out the repainting. Bremer-Trainor has international experience in heritage restoration, including assisting the restoration of the Fraeunkirche (church) destroyed in the bombing of Dresden and the repair of Windsor Castle after severe fire damage. 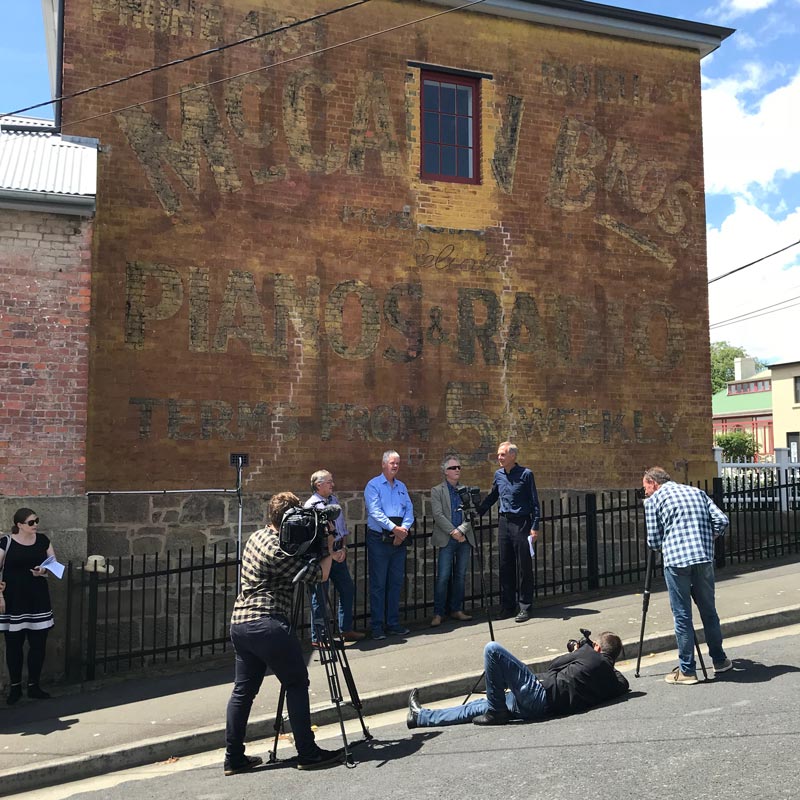 “This will give Hobart an extra special historic attraction for both locals and visitors to enjoy. It was a great breakthrough for us when Michael agreed to take on the sign’s restoration. There are few such large pre-decimal advertisements left in Australia and this one is uniquely Hobartian. McCann’s Music remains in business in Elizabeth Street with excellent musical merchandise - though we understand they no longer offer pianos at 5/- weekly!” Brown said. 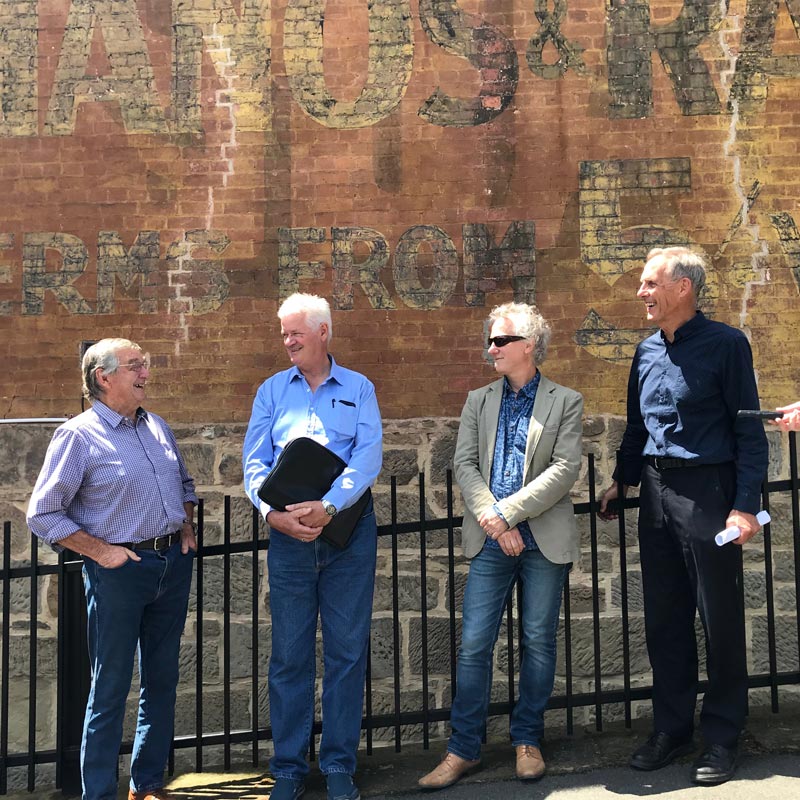 Bob Brown said he had been watching the sign fade for years and wanted to rescue it. There had been welcoming support from both McCann’s and the building’s owners. ‘Loretto’ was built in 1846 and is a listed historic building. “I am especially grateful to Natalie Pausin whose voluntary work to co-ordinate the project brought it to fruition. Nat’s research not only identified Max Towell as the man responsible for the sign, but she tracked down his apprentice signwriter Don Prairie, who has given us a wealth of information.” “We found Don through the “Signs of Australia” facebook group, run by Brady Michaels and Dale Campisi. Without their help, we may never have learnt about Max,” Pausin commented.

Scaffolding will be erected on Monday and the restoration of the McCann sign will be complete before Christmas.