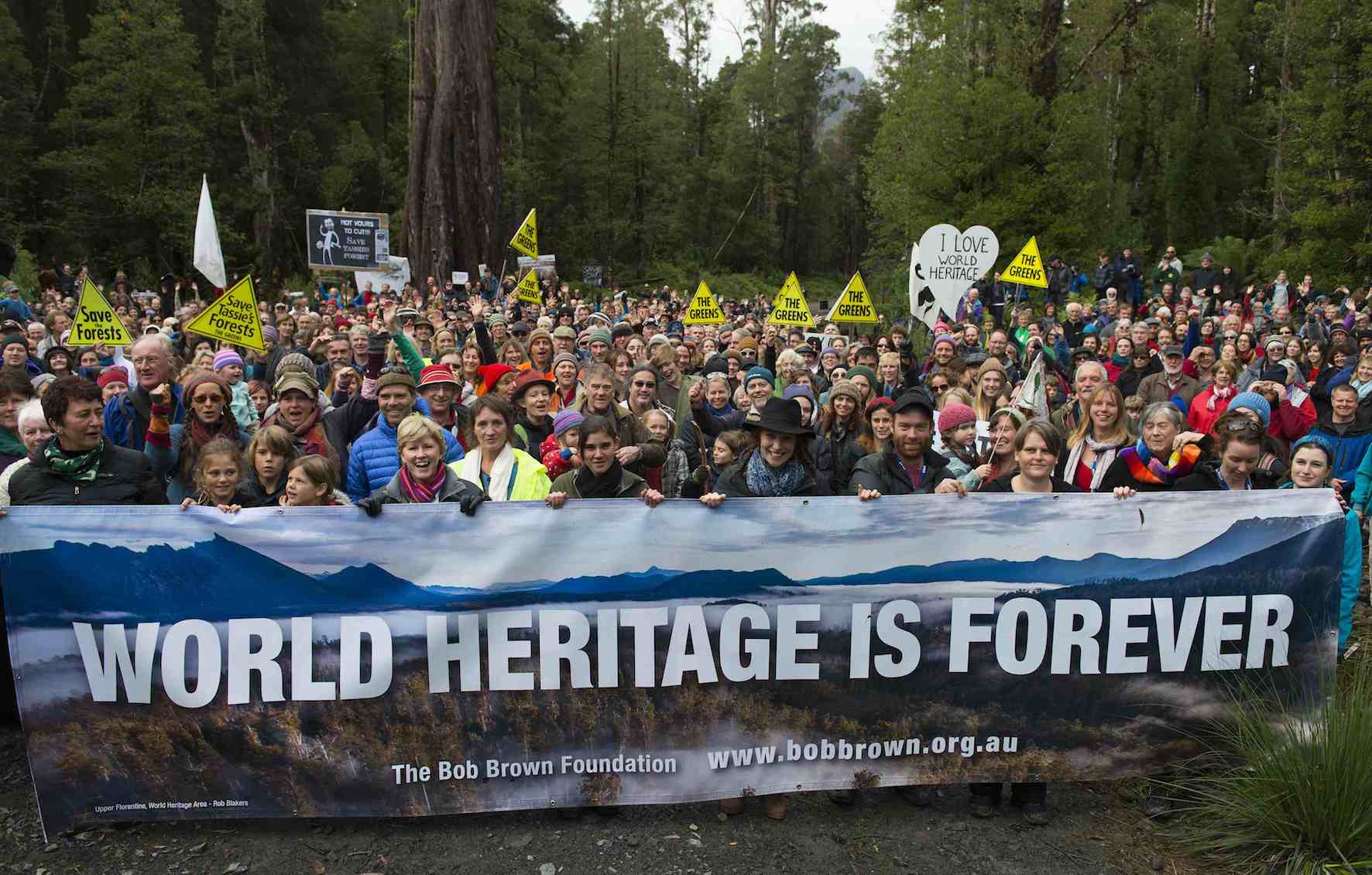 The Bob Brown Foundation's Campaign Manager Jenny Weber stated, "Today's outstanding turn out in the Upper Florentine forests clearly shows that Australians are very proud of their World Heritage forests. We are sending a strong message to UNESCO that we love our spectacular forests of outstanding universal value, and the Australian community will stand up to defend them."