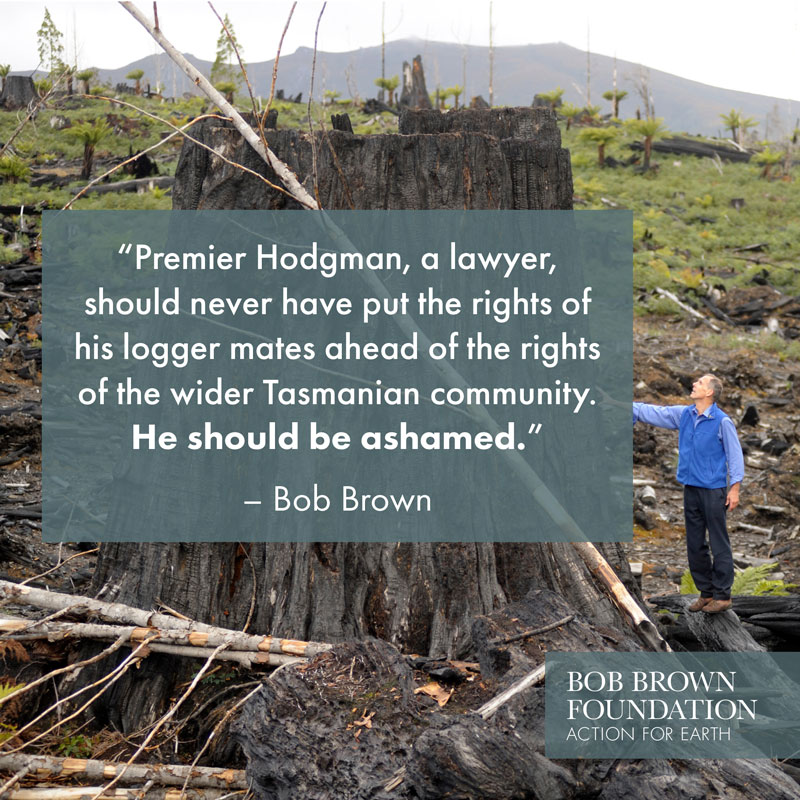 ‘Premier Hodgman, a lawyer, should never have put the rights of his logger mates ahead of the rights of the wider Tasmanian community. He should be ashamed,’ Bob Brown said.

‘I call on Premier Hodgman to reveal who, in his government, had the police drop the charges against Jessica and I after we announced this High Court challenge and explain if that was not a corrupt bid to have us, in return, drop the challenge,’ Bob Brown said. 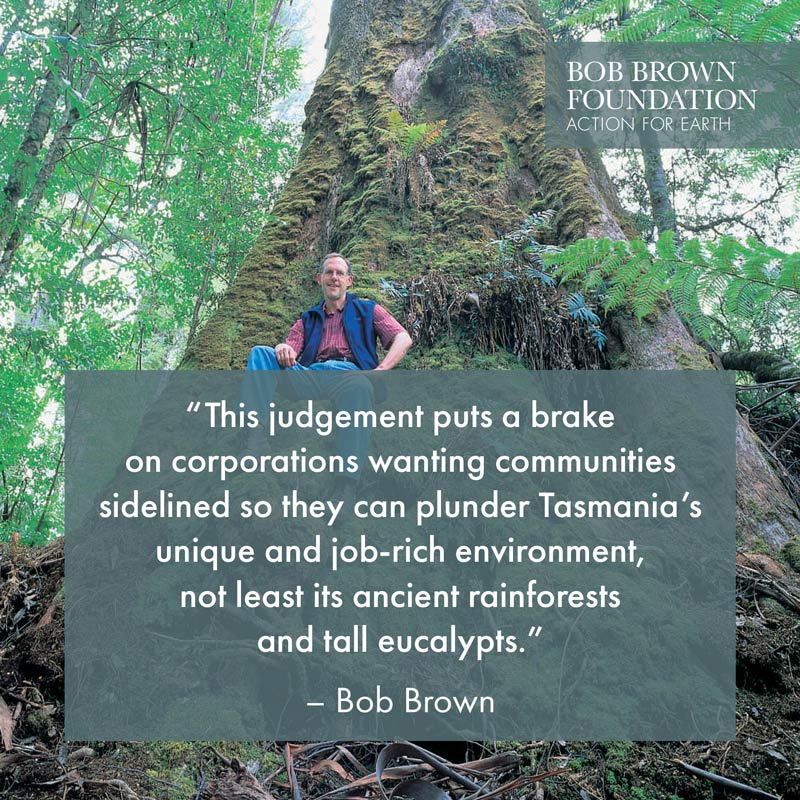 ‘I take some comfort that even though we lost our beautiful forest, Lapoinya meant something. It meant that this law could be challenged. It is not ok to create legislation that only serves corporate business interests and it’s time for politicians to start listening to the people, to community. Never let fear stand in the way of what is right.  Lapoinya this was for you,’ Jessica Hoyt said.

‘The Tasmanian anti-protest laws are part of the global purchase of democracy by corporations. Corporations lobby weak politicians to legislate against the time-honoured rights of the people,’ Bob Brown said.

‘Mining and logging corporations know they cannot win environmental debates so they dine with politicians and get laws to eliminate on-site protests which let the public see the environmental destruction,’ Bob Brown said.