“These laws, if not challenged, will trap everybody who wants to take a stand against something that’s manifestly wrong going on in our country.” 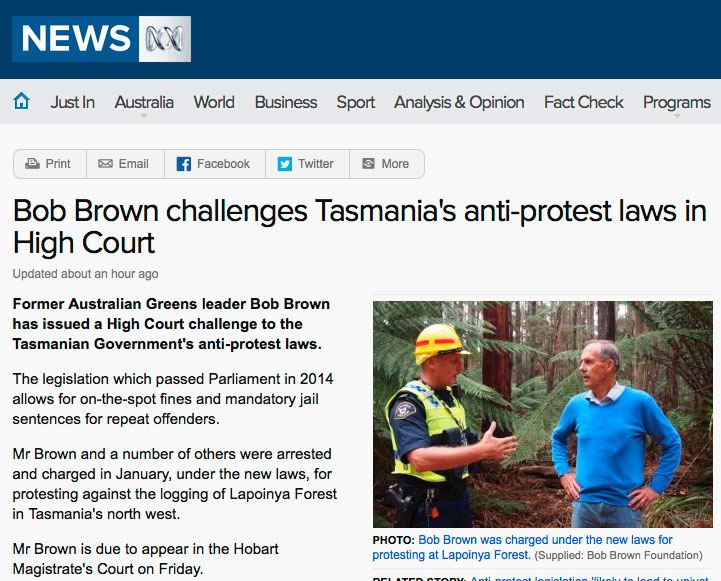 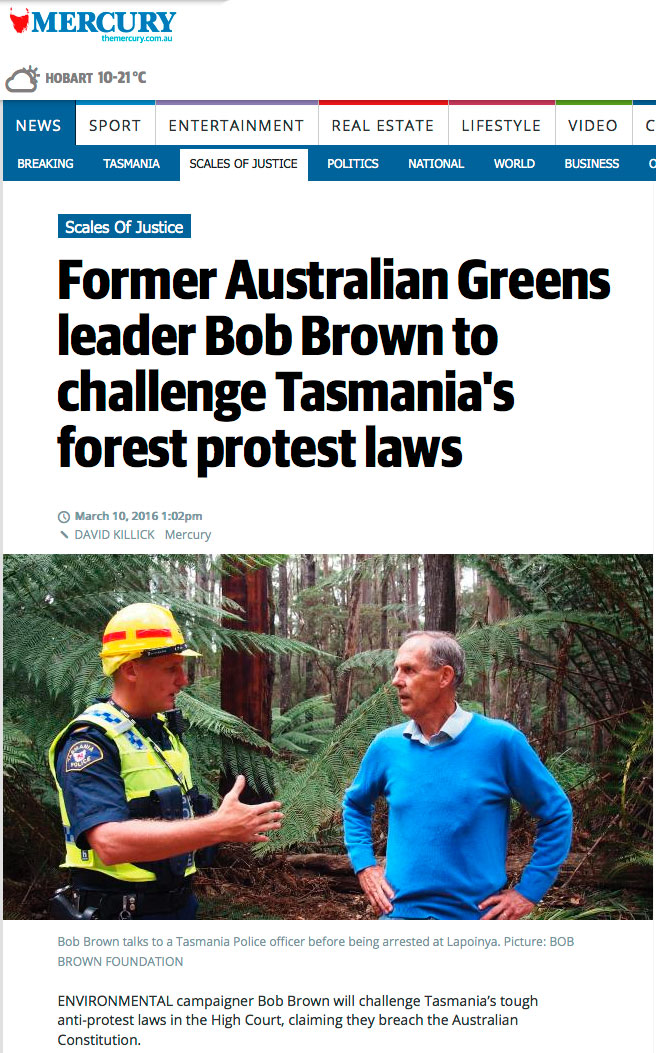 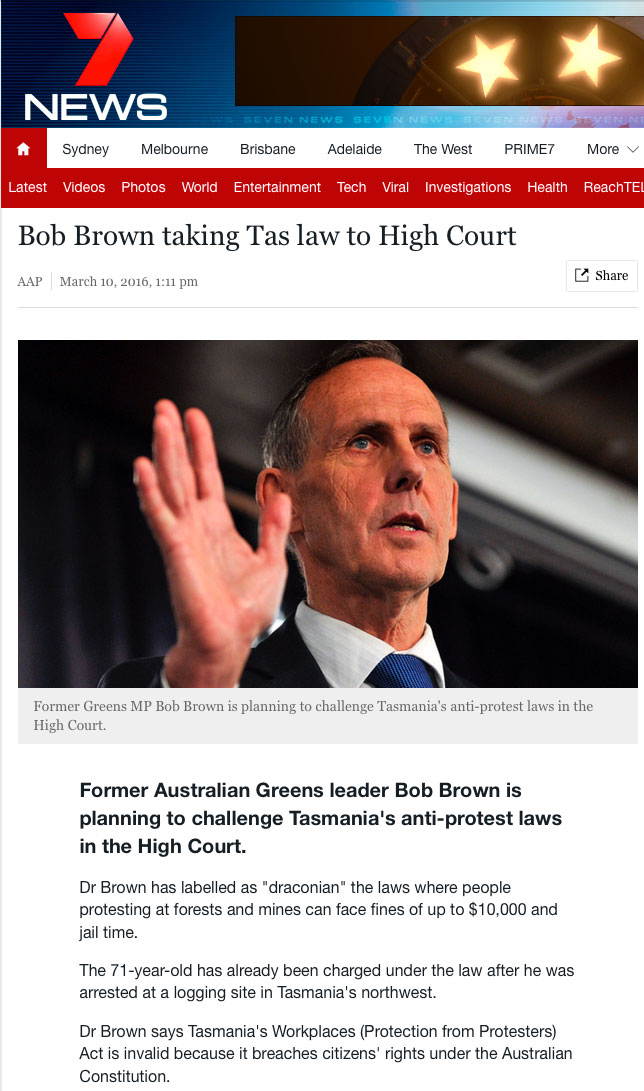 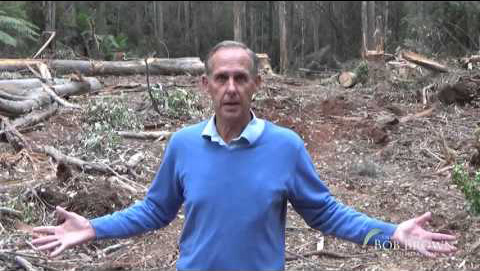 Hobart solicitor Roland Browne filed a writ on behalf of Brown yesterday and the State Government, as defendant, had the notice of proceedings delivered this morning.

Bob Brown and Jessica Hoyt (a Hobart nurse and mother who grew up in Lapoinya) are due in the Magistrates Court in Hobart tomorrow (Friday) after they were arrested for peacefully protesting the clearfell logging of the Lapoinya Forest in January. So far 5 people have been arrested and some 30 more summarily fined after entering the forest being logged at Lapoinya.

Tha Lapoinya Forest is a habitat for threatened wildlife including Tasmanian devils and the world's largest freshwater crayfish.

The writ claims that 'The Workplaces (Protection from Protesters) Act 2014 (Tas) (the Act) (in whole or in part) in its application to the plaintiff and to forestry land is invalid because it impermissibly burdens the implied freedom of communication on government and political matters contrary to the Commonwealth Constitution.'

"4. Meaning of protester and engaging in a protest activity

(2) (b) (ii) for the purposes of promoting awareness of or support for – an opinion, or belief, in respect of a political, environmental, social, cultural or economic issue.

(3) For the purposes of this Act, a person is engaging in a protest activity if the person participates, other than as a bystander, in a demonstration, a parade, an event, or a collective activity, that is a protest activity."

This video shows the leadup to the arrest of Bob Brown on 25 Jan 2016 at Lapoinya NW Tasmania, including footage of some of the destruction taking place.