Thank you to everybody who made this whole experience ‘pozible’!! What a fantastic opportunity it was to not only document the Tarkine through my art but also to learn about the controversial issues surrounding this culturally sensitive region.

It is my intention to document my experience through a series of paintings on my return to the studio.
I was based at Arthur River and spent much of my time in the wild coastal areas (Couta Rocks, Bluff Hill Point and Edge of the World) and also in the nearby rainforest on the Balfour Track.

I had originally planned to record my visual memory in the form of photographs and some sketches, however I experienced every artists nightmare - a camera malfunction!! So, it became very important to get the information down through mark making, sketches and rough composition drawings. I actually do enjoy working in this way and the drawings record what I believed to be visually important elements.

It takes a while to get used to drawing a new and unfamiliar landscape as I need to use the materials in a different way to achieve the variety of marks required. The greens in the rainforest were incredibly bright and the subject matter quite overwhelming. I had to pare it back to what was important - the scale of the trees and those greens that cloaked the surface of anything on the ground…

Back on the coast are the most amazing rock formations i have ever seen - they are truly natures own drawings and I don’t think I will ever do them justice with paint, but will certainly have a go.

These are some small scale painting studies that I have been doing since returning from Tarkine in Motion 2017. 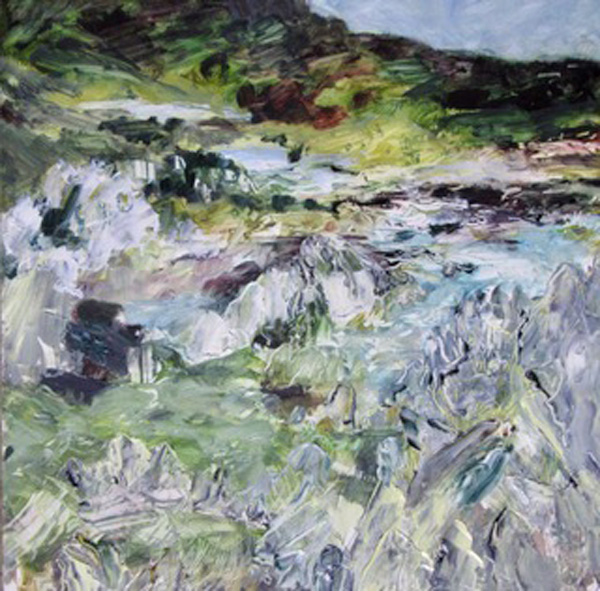 The landscape is very different from the East coast of NSW so still grappling with colours and shapes before going larger in scale... 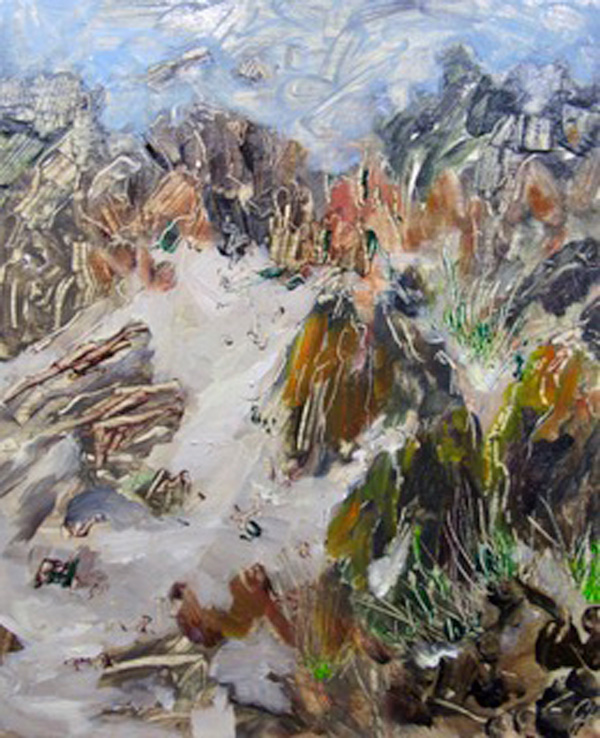 The paintings depict the area around Couta Rocks and Bluff Hill Point. 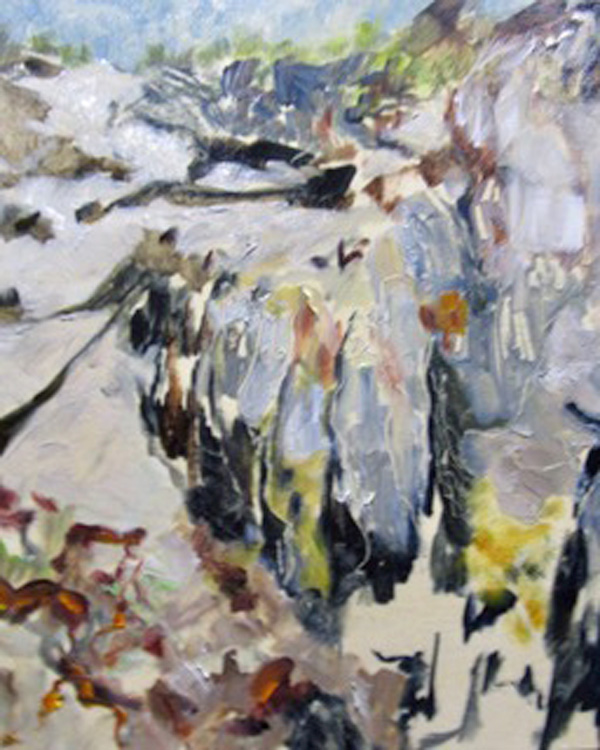