Frontlines: From takayna to Adani – Exhibition

Artworks still for purchase are available via our online store, click here to see the full collection. 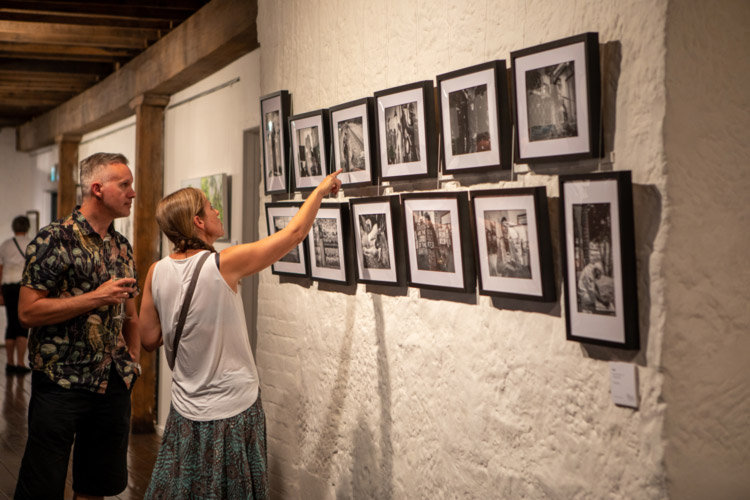 Frontlines Exhibition was a celebration of national environmental activism, showcasing artwork inspired by and created at the frontlines of major environmental conflicts at the Salamanca Arts Centre in January.

The exhibition opening was held on Friday the 29th, and attendees heard from Bob Brown and Adrian Burragubba – a frontline activist and artist who is currently fighting against the Adani coalmine and the Queensland government over native title and traditional lands.

Artworks included a range of works from both major Tasmanian forest battles, including works by Tim Cooper whose body of black and white photographic works depicts striking imagery of frontline activists and actions from the Tarkine camp. 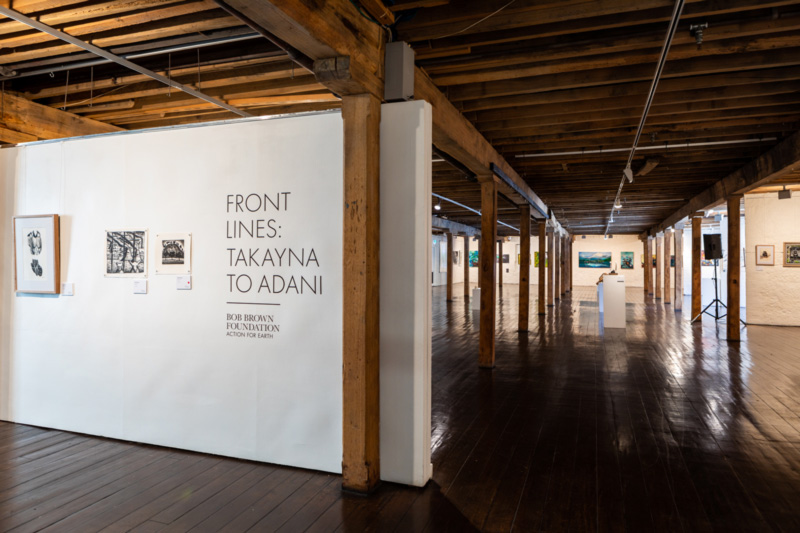 A range of works were exhibited that were created as a response to being at the Tarkine camp – local Marrawah artist Zoe Grey exhibited a painting of Rapid River, a patch of native forest which is under imminent threat of logging.

Other environmental campaigns were explored throughout the exhibition – A photographic series by Sydney artist Ramji depicted life at Camp Binbee and the daily actions taken by Frontline Action on Coal to prevent the Adani coalmine from being built.

Adrian Burragubba provided paintings that reflected on the story of water and community, reflecting on the impact that a coal mega-mine would have on local waterways. 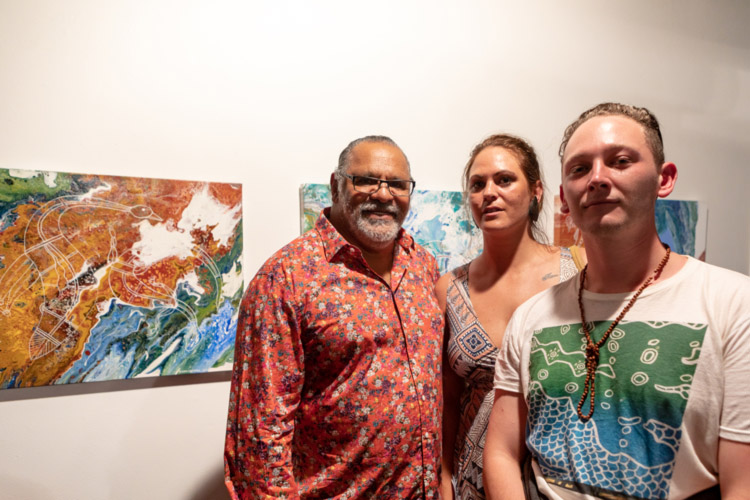 Finally, over 25 artists that contributed towards the #1000Finches project exhibited their finch artworks, which were created in response to the approval of the Adani coalmine and sent off to Environmental Minister Melissa Price in protest.

The exhibition ran for ten days, and saw over 500 visitors to the exhibition, providing a fantastic opportunity for people to engage with frontline activism and hear about the ways in which ordinary people are resisting ecological destruction across the country. 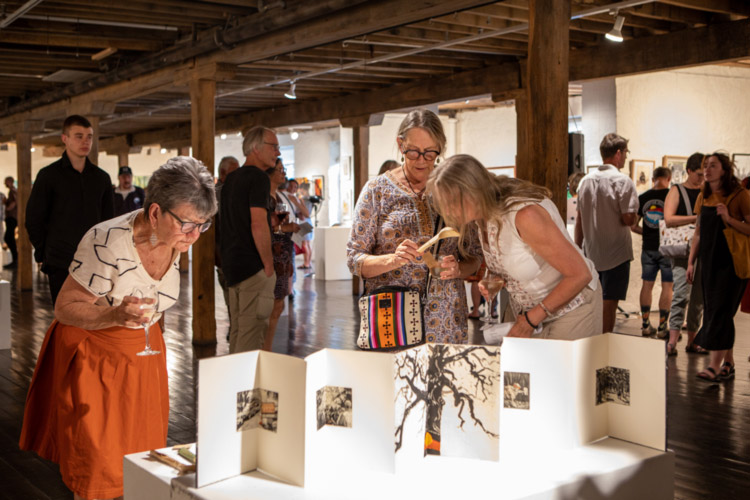 Artworks still for purchase are available via our online store, click here to see the full collection.