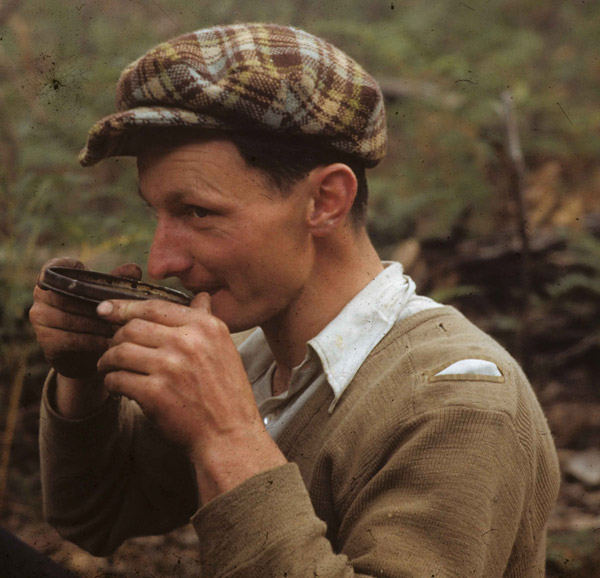 One of the original team of four men to canoe down Tasmania's wild Franklin River in 1958, John Dean, died at his home in Evandale near Launceston last night. He was 88.

After an earlier failed attempt Dean, Launceston doctor John Hawkins, Trevor Newland and Henry Crocker, completed the trail-blazing journey down the largely unknown river in 1958. The two-weeks adventure almost ended in tragedy when Dean became stranded on flood-surrounded boulders at the Cauldron Rapids deep in the Great Ravine where the Franklin curves south of Frenchmans  Cap. However the men emerged safely to meet a cruise boat from Strahan on the Gordon River some days later. (The Morrison brothers from Strahan had ventured up the river as far as Fincham Crossing, with a piners punt, some years earlier.)

Launceston forester Paul Smith and Dr Bob Brown were inspired by film and stories of the 1958 team's success to make their own trip down the Franklin, this time in inflatable rubber rafts, in 1976. By now Tasmania's Hydro-Electric Commission had plans for a series of dams on the Gordon and Franklin.

In 1973 Brown had bought the small property 'Oura Oura' beside the  Liffey River from farmer John (and Stephanie) Dean and the two have been friends ever since.

"John Dean loved the Tasmanian outdoors. That love is summed up in his book 'Shooting the Franklin' which many Franklin River rafters now treat as a classic. The book also recounts Dean's many other canoeing and bush walking exploits beginning with a long paddle down the South Esk River when he was a boy," Bob Brown said today.

"John and Stephanie were welcoming strangers to me when I first arrived in Tasmania and I met them at Liffey. The story of John's group's epic 1958 canoe trip, complete with shotguns and dynamite, was pivotal to Paul Smith and I following their paddle splash 18 years later and, so, quite vital to the campaign to save the Franklin in the following years. John carved out an honoured place in modern Tasmanian wilderness history," Brown said.

The walking track from the Liffey River up Drys Bluff (1,340m) in the Tasmanian Wilderness World heritage Area is officially named Deans Track in honour of a number of ascents made by John and his family in the middle of the last century.

John Dean is survived by his wife, noted native-plant artist Stephanie, three children Geoffrey, Malcolm and Annette, and three grandchildren. His funeral service will be on Thursday.