Final Warning for Australia on Reef

It was a fascinating experience to witness the World Heritage Committee at work on one of Australia's most spectacular World Heritage listed environments. The Committee cast its vote on the Great Barrier Reef after two hours of discussion. 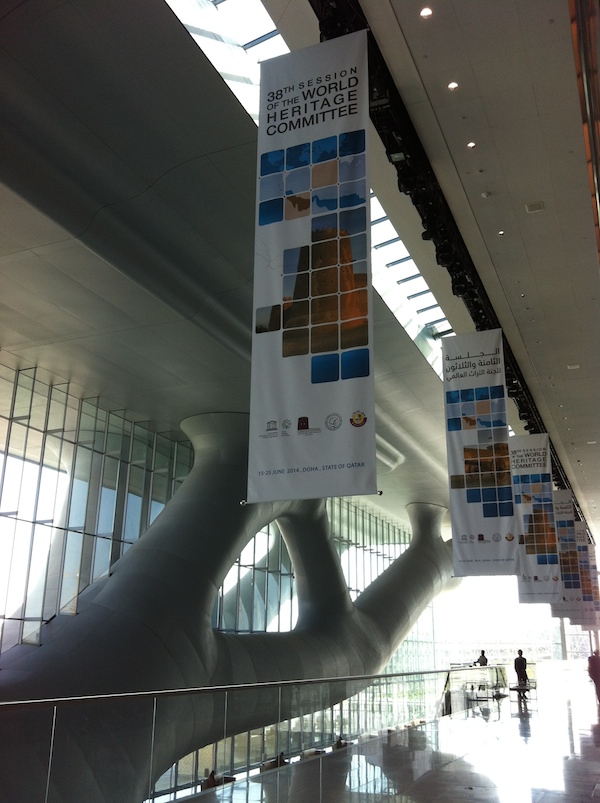 WWF who have been working hard in this meeting and built up a strong international social media campaign said,

"The decision put Australia firmly on notice - take stronger action to protect the Great Barrier Reef or risk it being listed as 'in danger'."

In partnership with the Australian Marine Conservation Society, WWF now have a clear direction to follow after today. UNESCO has given a warning to the Australian government that they need to work harder to protect the reef.

People around the globe want Australia's reef protected and the government's damaging development proposals need to cease. The fight for the reef just received a huge boost in the international arena.

Hearing strong words of concern expressed by Portugal, Colombia and Jamaica for the Great Barrier Reef, reinforced the principle that this forum is an opportunity for state parties of the world to advocate for sites with outstanding universal values.

Thankfully for the Great Barrier Reef, an ecosystem with dugongs, turtles, and so much more, the World Heritage Committee rejected amendments watering down the draft decision.  In accepting the draft decision there were comments of concern about the proposed dredging approval and the proposed handing over of environmental approvals from Federal to State Government.

With that feeling of relief for the reef, I have hope to see Tasmania's World Heritage forests stay safe forever. Though it is still two more days until we get to that agenda item and learn the fate of the forests.