Join us on Monday 7th October, 5.30pm at Cafe Europa, Burnie for the opening. 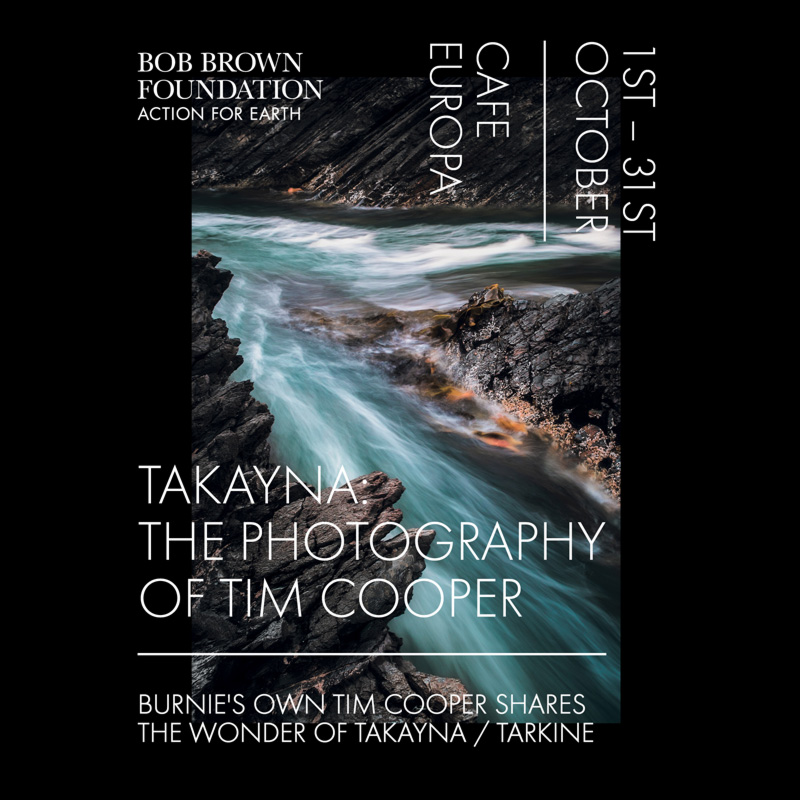 This collection of works brings Tim's images to his hometown in his first exhibition.

Tim's work has captured the spirit of this wild place, showcasing the timelessness of the rainforests, the raw fury of the southern ocean coastline and the delicate beauty of the mosses and fungi that paint the detail of this landscape. His work has featured heavily in the Bob Brown Foundation campaign to defend this local treasure.

Join us on Monday 7th October, 5.30pm at Cafe Europa, Burnie for the opening.

The exhibition will be opened by Scott Rankin – 2018 Tasmanian of the Year, Co-founder and Creative Director of Big hART.

The exhibition runs from the 1st to the 31st of October.