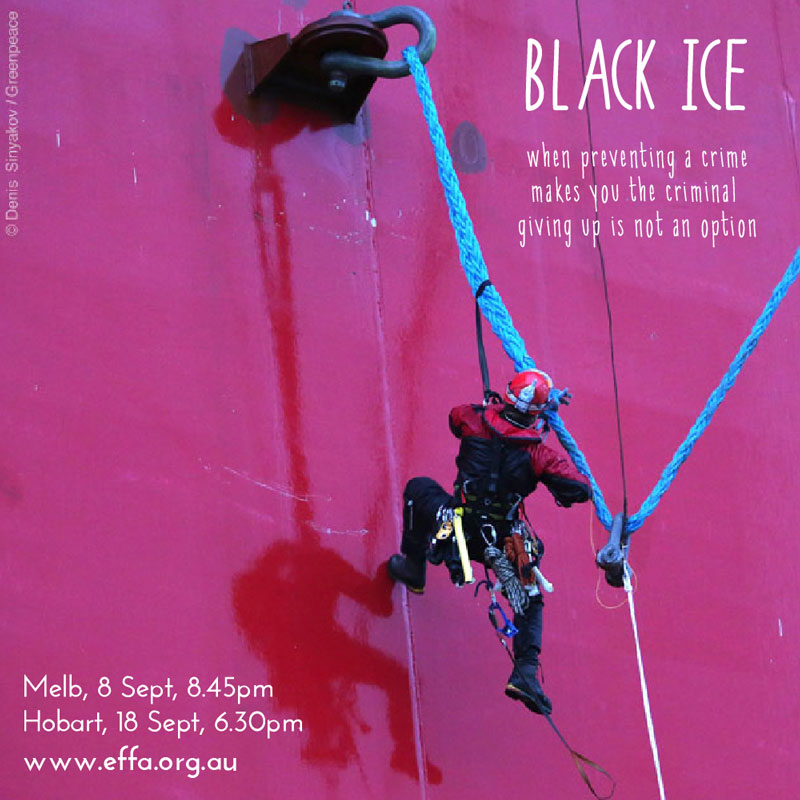 Join Bob and Heidi Douglas for an evening celebrating environmental activism, with screenings of Defendant 5 and Black Ice and panel discussion, followed by the inaugural launch party at the Grand Poobah.

A gripping story told on the high seas, Black Ice chronicles the events surrounding the Arctic 30, a band of Greenpeace activists determined to stop the highly controversial practice of oil drilling in the frigid waters of the Barents Sea. Staging an action that sees them run afoul of Putin’s Russia, the ship’s entire crew is detained on piracy charges.

What happens next is an inspiring example of how the international community can come together to protect the right to protest in the face of injustice. With unprecedented access to the crew, and riveting footage shot during the protest itself, Black Ice is a compelling film about the lengths a government will go to to protect its dirty industries, and the passionate agitators who will challenge them at every turn.

In 2001, filmmaker Heidi Lee Douglas set out to film the destruction of Tasmania’s old growth forests. Little did she know how significantly this would change her life. Defendant 5 is an intimate portrait about the right to protest, and the lengths corporations will go to to silence their critics.

Get tickets for the Hobart films: www.effa.org.au/hobart-15