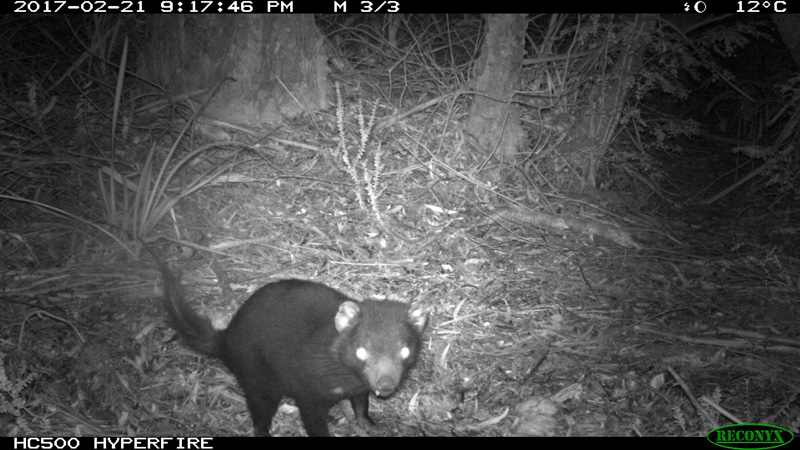 Conservationists at the Bob Brown Foundation are urgently calling on the Federal Environment Minister and Premier Hodgman to intervene and halt proposed logging of Tarkine forests, after endangered species have been recorded in the forests in recent days. Today images of healthy Tasmanian Devils recorded in the threatened logging coupe have been released and will be sent to Minister Frydenberg and Premier Hodgman.

Meanwhile the treesit vigil in the threatened forest canopy continues, conservationist Dr Lisa Searle has spent her third night in the tree sit, supported by a team of survey volunteers in the forests. 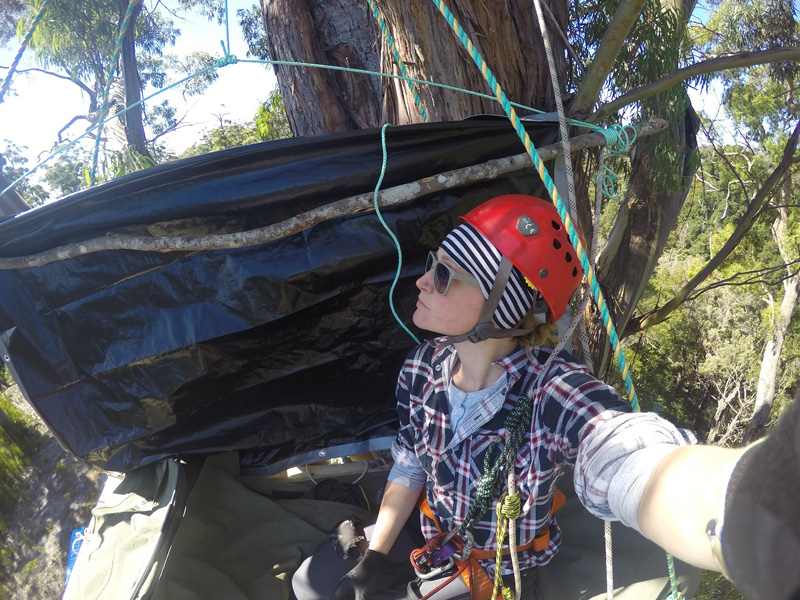 An endangered Masked Owl and Tasmanian Devils have been recorded in the threatened forests over the past days as Forestry Tasmania prepares to log the forests. Using wildlife surveillance tools the conservationists recorded healthy Tasmanian devils on wildlife cameras and a Masked Owl using an Owl Broadcast Megaphone.

Conservationists have been surveying the conservation values in the forests for the past week, including establishing a tree sit in the forest canopy on Monday.

Bob Brown Foundation has released a new short film, showing the giant freshwater crayfish that relies on the river habitat that is flanked by these proposed logging coupes. https://www.youtube.com/watch?v=ziFI_aXpNrA

“With every forest that is logged in Tasmania without strong environmental laws and without due protection for endangered species, unique and globally significant wildlife are being sent to the brink of extinction. There is no point having an Environment Minister in our Federal Government if they are going to stand by while species are lost,” Bob Brown Foundation’s campaign manager Jenny Weber said.

“As long as Forestry Tasmania is scheduled to log these areas in the Tarkine, with the support of our state government, then the government is failing the forests, the environment and wildlife protection,” Jenny Weber said.

“The Tarkine is a last stronghold for a number of precious species, the world’s largest freshwater crayfish, wedge-tailed eagle, Tasmanian devil and masked owl. Vast tracts of habitat in Tasmania has been destroyed and pushed these species to the brink of extinction,” Dr Lisa Searle, conservationist in the Tarkine Canopy Vigil, said.

Community members will be participating in peaceful protests in Melbourne and Hobart tomorrow, calling on the Federal Environment Minister and Premier Hodgman to protect the Tarkine and halt the proposed logging in the Frankland River forests. The Bob Brown Foundation is campaigning for a Tarkine National Park and world heritage listing for the region.