Embracing optimism: you know it works 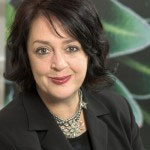 A speech by Wendy Harmer at the launch of Bob's new book "Optimism" at Geelong on 4 August 2014. Published in The Sydney Morning Herald 9 August 2014.

It’s time to take a good look deep into the well of human optimism.

Yes we can! That was the three-word slogan chanted endlessly by a legion of Barack Obama supporters in the 2008 US presidential election.

The Obama campaign logo, incorporating the letter “O”, was intended to evoke the image of a rising sun over the horizon symbolising hope, although one clear-eyed critic described it as “a zero and a sunset over a deserted highway”.

However hollow it may ring now, that note of optimism – struck during the financial crisis and growing unrest over the war in Iraq – resonated with US voters.

Rearrange the following words in any order: “hope”, “opportunity”, “reward”, “brighter”, “leadership”, “future” and you’ve got yourself a political slogan and a dinky lapel button.

Yes we are. All suckers for the promise of good times ahead. Who’s to blame when we wake up with regret, just months later, to see hope evaporating and those we entrusted to get us “moving forward” punch drunk, poll driven and defeated. Reeling from pillar to post.

No never again. That’s the voter’s slogan. But it seems despite everything, the reserve of human optimism never runs dry. It’s a curious phenomenon that makes you glad to be alive. No matter who you barrack for, hope springs eternal.

Stuck with a budget it can’t sell, should the federal government ring the bell of optimism right about now? Could it be a better tactic than repeatedly sounding the siren of “emergency”, “disaster” and “difficult times” until we’re almost deaf?

Former Greens leader Bob Brown is packing in the crowds across the nation’s capitals, all there to hear him speak on his autobiography titled Optimism.

It’s a striking title because if there is an Australian politician entitled to feel pessimistic, it’s him. Brown has been locked up, spat on and subjected to years of vile personal abuse. We’ve all witnessed the vilification of a good man prosecuting the good cause of protecting his beloved Tassie forests.

And after achieving World Heritage status for those forests, they’re again under threat from the government.

One step forward, two back . . . it must be exhausting and depressing for the warriors on the front line.

As News Corp columnist Miranda Devine noted in 2012: “At least droughts go away with time. The Greens just keep coming.”

Is any cause ever entirely won? Seems not. Perhaps the punters who are packing the halls to hear Brown speak come to see for themselves whether the self-declared optimist is seriously unhinged?

More likely, it’s because optimism is a rare and precious commodity right now and they’re hungry for a bit of it.

“Optimism, like pessimism, feeds on itself,” is the opening line of Brown’s book. “In my earlier years I spent a decade or more deeply pessimistic and depressed . . . Now I’m an optimist and I like it.”

I like it too. It’s such an attractive quality in a fellow human being. One you can fall in love with. I believe our default setting is “hope”.

On a personal note, when I met my dedicated greenie husband 20 years ago, his rampant optimism was one of the things that drew me to him.

In 1981, I’d worn the badge of “Save the Otway Ranges” and supported the anti-logging campaigns in Apollo Bay. It was the first of many environmental causes I was to rally to.

Over the years, I’d become disillusioned as I watched the faunal emblem of my home state of Victoria, the tiny Leadbeater’s possum, headed for extinction. (Almost there now!)

I just couldn’t understand what there was to be optimistic about. My future husband offered me the half-full glass. I accepted it with gratitude.

“Now we know what’s at stake,” he passionately declared. “For the first time we know the extent of our problems. Even better, we have the technology and the wisdom and can solve it all. We live in the age of optimism. Take heart, woman!”

Said I’d marry him, on the spot.

Activism is now the core of our lives. Our kids have grown up behind protest banners. Too many of them, for my liking, were perfectly good sheets; reefed off beds, pressed into service and covered in spray paint, but we move on.

Win or lose. We’ve always listened out for an echo that responds to our call. No matter from which side of the political divide.

The government we have now confounds me. It seems it is oblivious to all advice, evidence and entreaties.

I just cannot understand how Joe Hockey has come up with a budget that offers no joy. At all.

No carrot, all stick. All punishment and threats. No reward he’s able to articulate. No budget emergency that stands up to scrutiny.

No echo, (not that I can hear) of shared concern or aspiration. No motivation. As Bob said to me: “They didn’t allow themselves the luxury to put in some motivators.

“It would have been easy enough to say: ‘We have to do this, but look over here, this is the reward’.

It does. Optimism makes me want to dance. “I don’t want to join your revolution if I can’t dance,” US feminist Emma Goldman said.