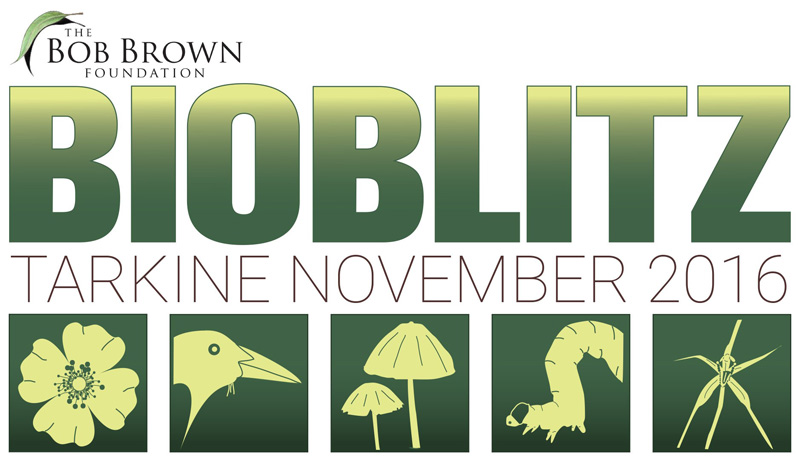 Bob Brown Foundation will host its second BioBlitz in takayna / Tarkine this weekend.

‘Our Tarkine BioBlitz is a great way to engage members of the public, scientists and naturalists, in a discovery of species that call the Tarkine home,’ Bob Brown Foundation’s Campaign Manager Jenny Weber said.

‘The Tarkine is vital refuge for many species listed as rare, vulnerable or endangered, including Australia’s largest eagle the Tasmanian Wedge-tailed Eagle, and the world’s largest freshwater invertebrate, the Tayatea (Giant Freshwater Lobster). More than 95% of the Tarkine is intact, being the largest wild natural region in North-West Tasmania, and in this time of climate crisis intact ecosystems are more important to preserve than ever before,’ Jenny Weber said.

Forty-five school students from Burnie High School will participate in surveys with scientists on Friday, while more than 100 community members will be surveying plant and animal species across the north of the Tarkine from Friday to Sunday.

Twenty-three volunteer scientists and naturalists, including Todd Walsh, Dr Peter McQuillan and Professor David Bowman, will be leading surveys in three stunning areas of the Tarkine from the coast to threatened rainforests to Dempster Plains, that were recently impacted by fires.

A BioBlitz is open to the public, they are well established in the UK and are becoming increasingly popular in Australia. Providing a unique forum for experts to share their knowledge and for non-experts to engage in hands-on discovery in the natural world.

‘Tarkine BioBlitz aims to bring together scientists, naturalists and citizens for a few days of discovery, knowledge, sharing and fun in the diverse ecosystems of the Tarkine. Hosting a BioBlitz in the Tarkine is a great way to engage the public to connect to this last great wild place on Earth while generating useful data for science and conservation,’ Jenny Weber said.

‘At the Bob Brown Foundation, we are campaigning for the Tarkine to be given secure reserve protection as a National Park and listed for its World Heritage values as an extension to the Tasmanian Wilderness World Heritage Area. We are building a national and international campaign by organising many cultural, eco-tourism, arts, environmental advocacy and awareness raising projects, including our BioBlitzes,’ Jenny Weber said.