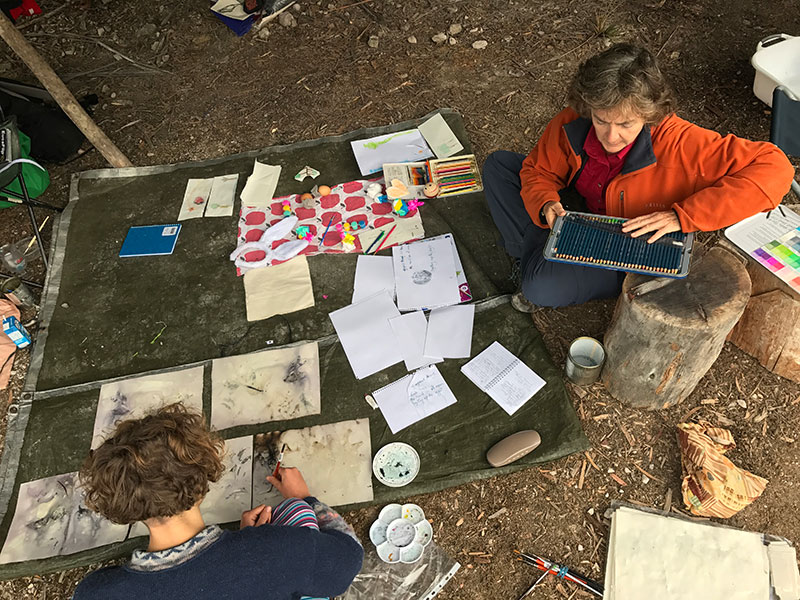 Photograph of Diana and Sophie at the Frankland River base camp during Tarkine in Motion 2017.

Diana Levy, an artist who joined our Tarkine in Motion 2017 has been raising awareness for takayna / Tarkine with her haiku and writings.

Diana’s poem "Frankland river forest - 41A & B" won 2nd in a Poetry slam in Katoomba recently, at the Big Beet Café. Her poem is also featured on Sydney Zen Centre's website: szc.org.au

A great example of how Tarkine in Motion participants can help the campaign by spreading awareness through their own networks. Thanks to Diana Levy who has been writing about Tarkine in Motion for the Blue Mountains Conservation Society newsletter.

'We who were camping in the Tarkine with the Bob Brown Foundation over Easter had the exciting opportunity to meet up with Channing Hughes and his team from the University of Sydney, who were researching the Tassie devil in our area, the Frankland River,' Diana Levy