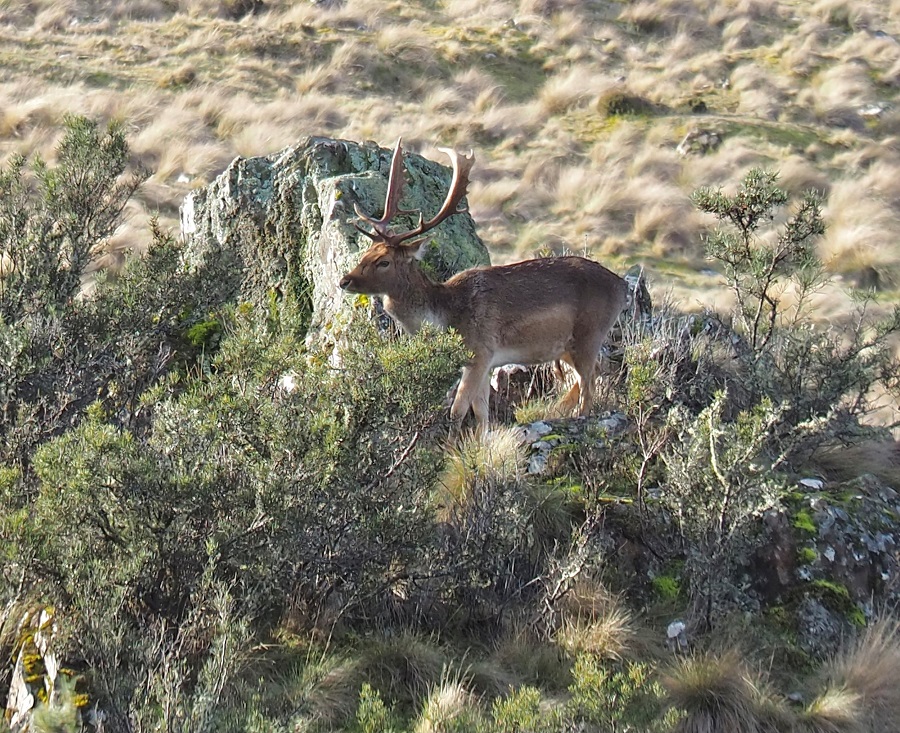 A strategy for Tasmania

Bob Brown Foundation has collaborated with the Invasive Species Council to produce a report on the growing threat of feral deer to Tasmania's natural landscape. The strategy document aims to provide a number of options our state can take to tackle the huge impact feral deer have now and to limit that impact into the future. Feral deer are already invading our World Heritage Areas and national parks, they are damaging our native vegetation and impacting the living Aboriginal cultural landscape of Tasmania. There is now an urgent need for Tasmania to take a new, biosecurity-based approach to managing feral deer and this report offers a way forward in dealing with this growing threat and reduce the impact on a wide range of environmental, economic and community values.

Fallow deer were introduced to Tasmania in the 1830s and by the 1970s numbered 7,000-8,000. But that figure is now close to 100,000 and set to number a million covering 54% of the state by 2050 unless radical action is taken, Christine Milne of Bob Brown Foundation said today at the launch of ‘Feral Deer Control: A Strategy for Tasmania' new report by the Invasive Species Council commissioned by the Foundation.

“It is time for a major shift in direction with the regulatory protection of feral deer being removed and the deer being treated as a pest animal under the Biosecurity Act,” Christine Milne said.

“Feral deer have travelled well beyond the traditional range of the Midlands and are now in the Tasmanian Wilderness World Heritage Area including the central Plateau and Walls of Jerusalem and in the Douglas-Apsley, Ben Lomond and Freycinet National Parks. This is an ecological time bomb. Deer are grazing, trampling, ringbarking trees and natural vegetation on the Central Plateau, already under pressure from global warming.”

“The damage being done to the crops and fences of Tasmanian farmers is a huge burden. Recovery after fire in the bush and newly established regeneration areas is also hindered as deer graze the new shoots. The cost of feral deer to Tasmania is already estimated to be $100million per annum. It is only a matter of time before fatalities occur on Tasmanian roads as unsuspecting motorists encounter deer in peri urban areas.”

“Just because the Tasmanian Government wants to pretend we remain a far flung outpost of the Empire and copy the recreational trophy hunting habits of the 19th Century British aristocracy, doesn’t mean we should sacrifice our environment and farming community.”

“Recognizing feral deer as a pest under Tasmania’s Biosecurity Act means landowners and land managers like the Parks Service can put their business and biodiversity in front of preserving an expanding herd of feral deer. Establishing five biosecurity zones, from areas like the TWWHA from which deer will be eradicated to areas in which deer populations will be contained, provides a framework for getting this problem under control.”

“Shooters and conservationists alike agree that feral deer should be eradicated from the Tasmanian Wilderness World Heritage Area. Recreational hunters, shooters, and professional pest controllers, under the direction of a Biosecurity TaskForce, will all have a role to play in getting this problem under control.”

“We were prompted to commission this research after the Tasmanian Government refused to allow any consideration of the removal of the protected status of deer in its own consultation about future management. Peter Jacobs, the author of the report is a nationally recognised authority on deer management.”

“We call on Premier Gutwein and Minister Barnett to remove feral deer’s protected status and to adopt world’s best practice and a 21st century Biosecurity approach to the management of feral deer in Tasmania,” Christine Milne said.