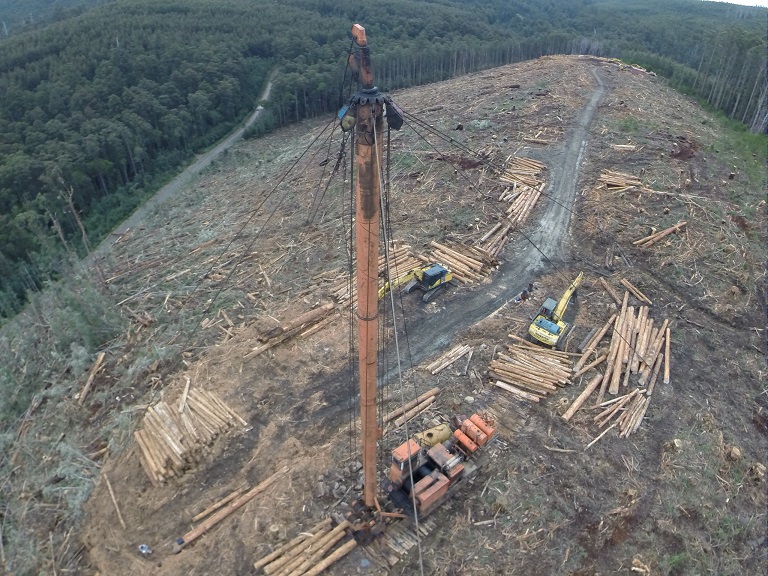 “Tasmania’s unique forests and wildlife have suffered tremendously since the 1997 Regional Forest Agreement and now the Federal and State governments have committed to further destruction of forests, wildlife and the climate with a flawed agreement process that has been exhaustively proven to be deficient,” Bob Brown Foundation campaign manager Jenny Weber said.

“The Swift Parrot was uplisted to critically endangered under the last RFA and is one of the saddest examples of their failure for Tasmania’s forests and wildlife. Our Foundation is releasing images today of Swift Parrot habitat that was logged in the past months, habitat that the critically endangered species nested in just last season and now is a cable logged clearfell. This is more of the shameful same in Tasmania’s forests and what is now determined for the coming two decades as this death certificate is signed,” Jenny Weber said. “Regional Forest Agreements guarantee environmental devastation and the evidence is out there in the large clearfells, the burnt landscape after logging and the decline of endangered species,” Jenny Weber said

“These agreements fail to take into account new knowledge on forest ecology and the impact of logging on the climate. Major deficiencies in the previous Regional Forest Agreement have not been rectified and this new agreement will be underpinned by 20 year-old science,” Jenny Weber said.