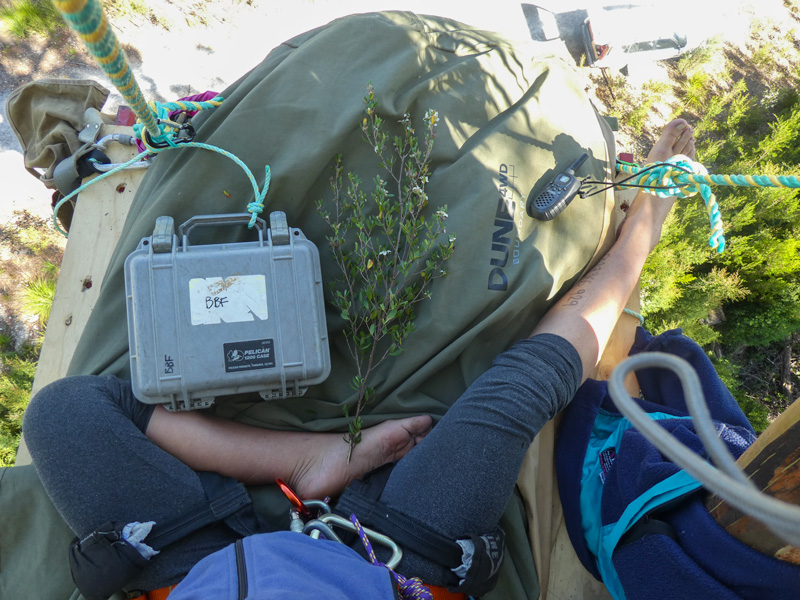 Tuesday night was pretty special,  we caught a glimpse of the southern lights from the sit whilst munching on a delicious warm curry. Shortly after some new crew arrived at camp. They all had a great first morning wandering the Gondwana and Frankland tracks. Our two newcomers are first timers to the Tarkine and both have already had their hearts stolen by its beauty and significance. Naturally. 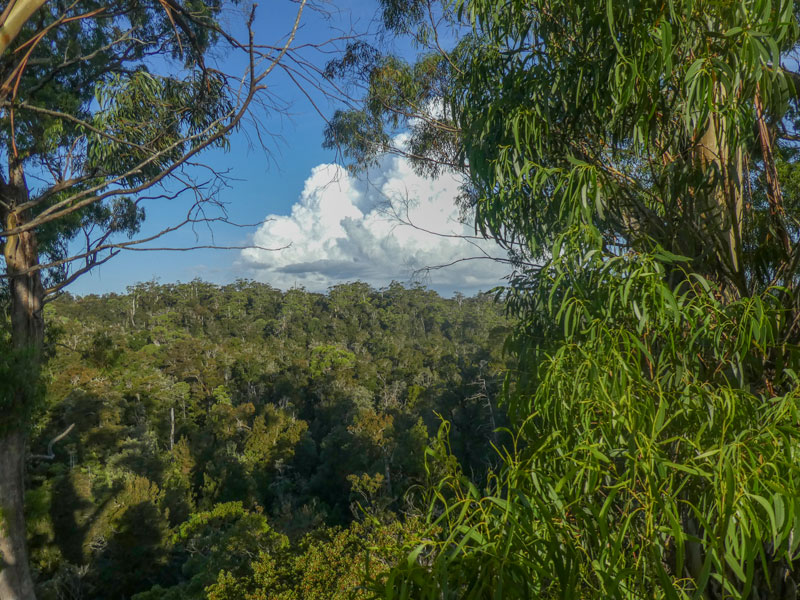 It was another warm day here in the North-West and as I laid in the shade of my tarp a brown falcon flew over head. Despite my efforts to call it back for a photo it was on a mission and quickly disappeared above the canopy. It's been a nice afternoon playing scrabble in the shade with new friends who climbed up for a visit. Time passes much faster with friends around. The still day has allowed for clear conversations between the tree percher and the ground dwellers. Thankyou for keeping me smiling and fed friends on the ground. Your passion is a gift.