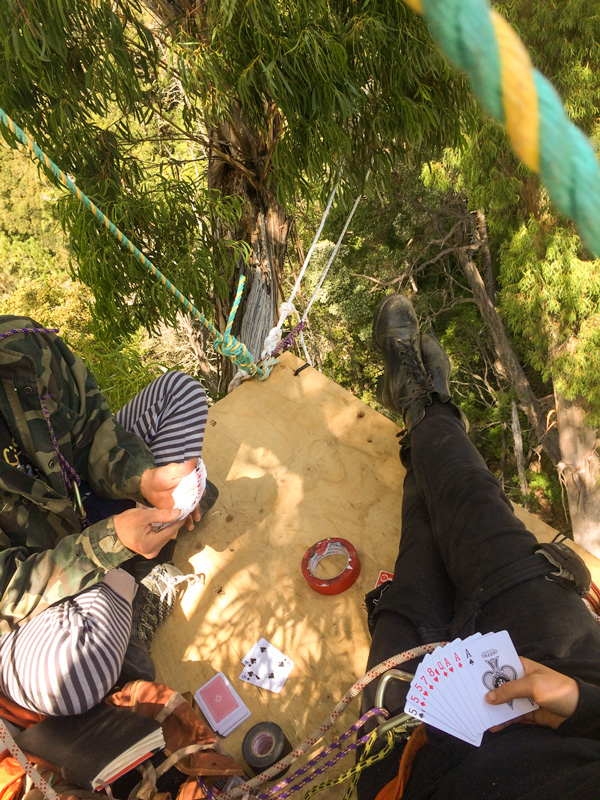 Fell asleep listening to the communications of two boobook owls on either side of the myrtle gully cut through the night, awoke at dawn to watch the mist lift from the forest and hear the dawn chorus. We have welcomed five new people to camp since last night, heartening to watch the camp bolster itself and grow, please come and join us!

A friend climbed up today to write some music and flog me at cards, I was also visited by a mating pair of yellow tailed black cockatoos in the tree beside me and a flock of green rosellas that landed in the canopy above my head and spent some time responding to my whistles.

I feel as though I have just really noticed the particular glow of the late afternoon sunlight filtering through eucalypt leaves. (pictured but not captured) 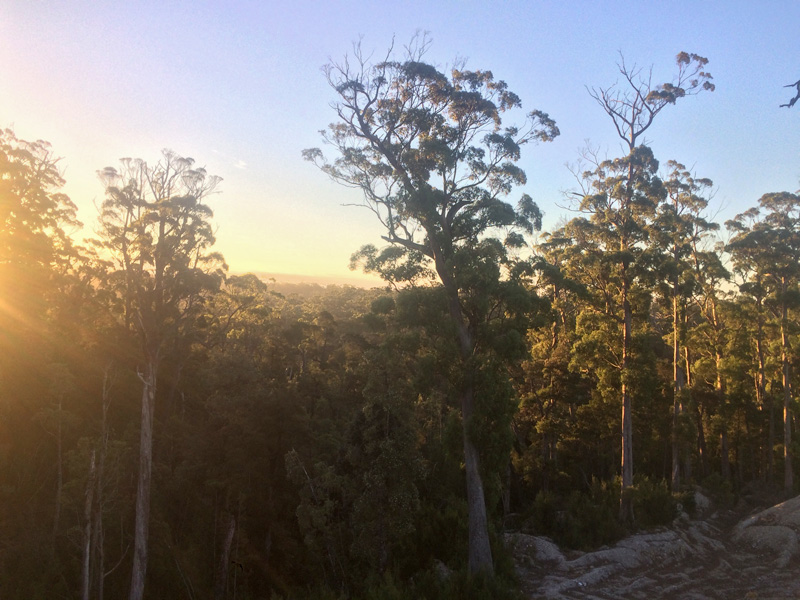 Some folks are out waiting under some potential roosting trees for the masked owl to appear at dark, others have just returned with water and still others are making dinner and tidying up camp.

Campaigner Scott Jordan just arrived with supplies and a projector to set up movie night for the camp, we're laughing at a recent public statement which refers to us as 'violent protestors'.