Options to improve the protection of critically endangered species under national environmental laws. 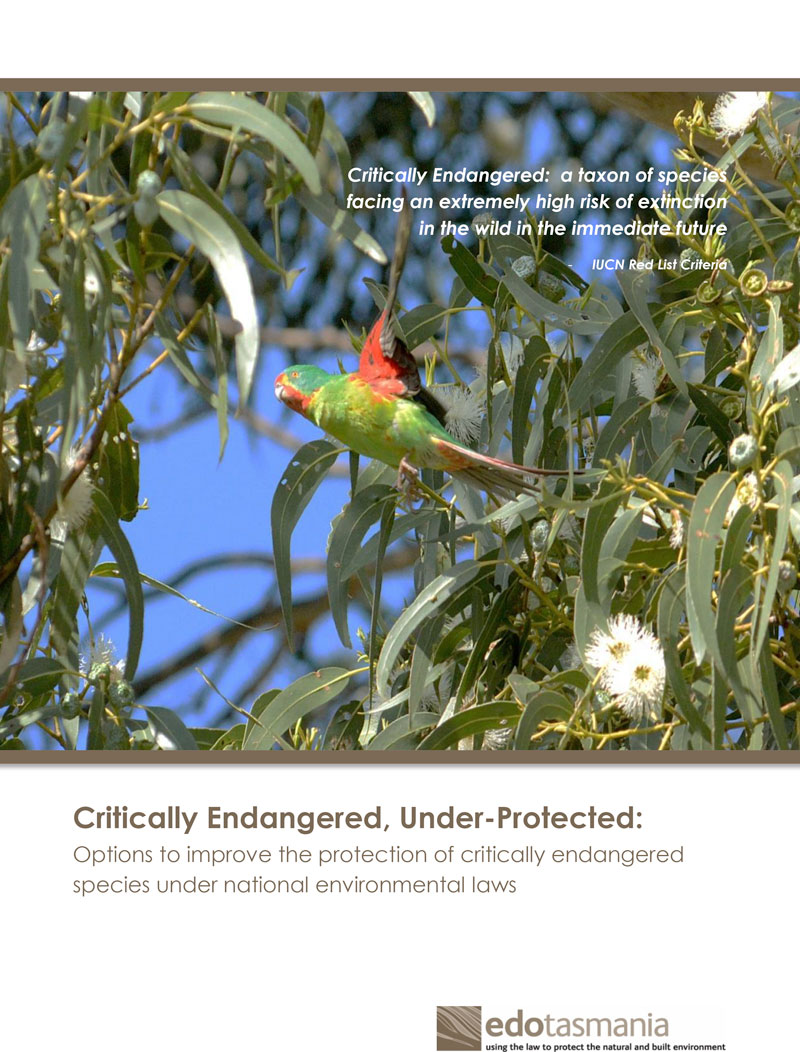 This report (commissioned by the Bob Brown Foundation and prepared by EDO Tasmania) examines some of the weaknesses in the current operation of the Environment Protection and Biodiversity Conservation Act 1999 and identifies 5 key areas in which the laws should be strengthened to better protect those species and communities at greatest risk of being lost.

The summary of the recommendations in the report are reproduced here, and the full (PDF) report is linked at the bottom of this page.

Critically endangered species and ecological communities should be afforded strong protection under Australia’s national environmental laws. Currently, inclusion of a threatened species or ecological community in the category representing the highest level of endangerment under federal laws does little to increase the protection provided.

There are 5 key areas in which our national environmental law, the Environment Protection and Biodiversity Conservation Act 1999, can be strengthened to provide more effective protection to critically endangered species and ecological communities.

The key findings of this report are outlined below:

4. No delegation of responsibility

The full report may be downloaded as a PDF here.