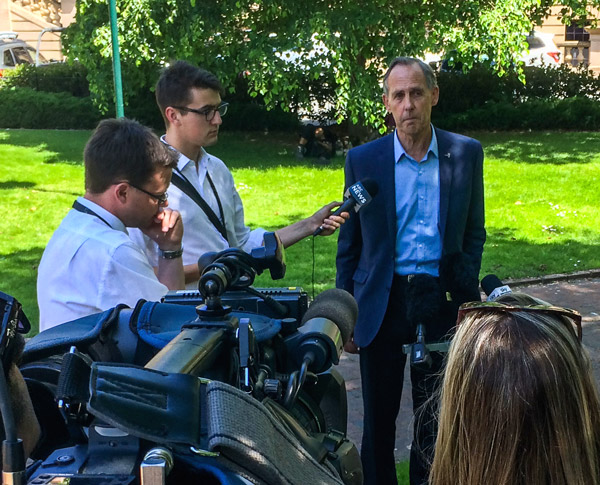 "This law aims to put people who stand in defence of nature in jail for prolonged periods alongside murderers and other violent criminals. I doubt the courts will like that prospect. It is legislation that criminalises nature-lovers but has failure written all over it."

"However had it been introduced in earlier years and succeeded it may have seen a very different modern Tasmania with the Franklin River flooded and Strahan a backwater, the Gunns pulp mill polluting Tamar Valley farmlands and World Heritage forests being logged and burned. Tasmania's global reputation for wilderness and scenic beauty would be in tatters, there would not be more than a million visitors a year coming to see our island and population would be in decline."

Brown said that the state parliament would have better spent its time discussing shutting down the $43 million loss-making Forestry Tasmania and developing plans for visitor amenities at the Styx Valley of the Giants near Maydena, a Tarkine display centre and a Northeast Highlands National Park as well as upgrading the Plenty Link Road to offer people a one-day drive west of Hobart through both the Derwent and Huon valleys.