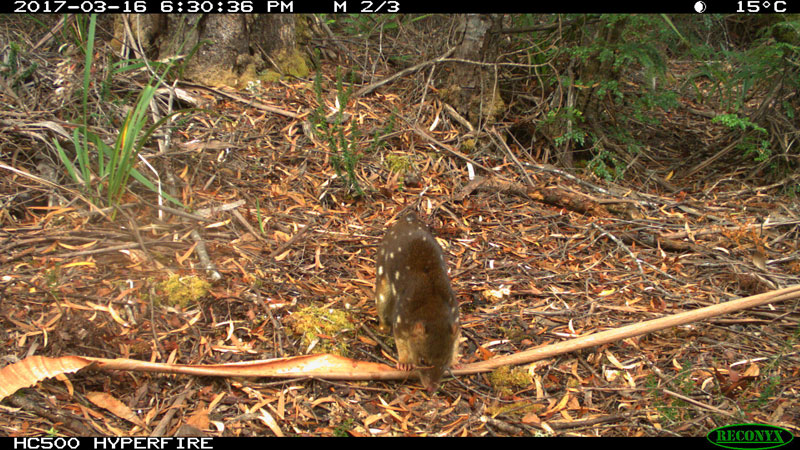 Bob Brown Foundation has renewed calls for protection of Tasmania’s Tarkine today after recording a spotted-tailed quoll on wildlife cameras in the forests where logging is proposed by Forestry Tasmania. Releasing images today of the quoll. 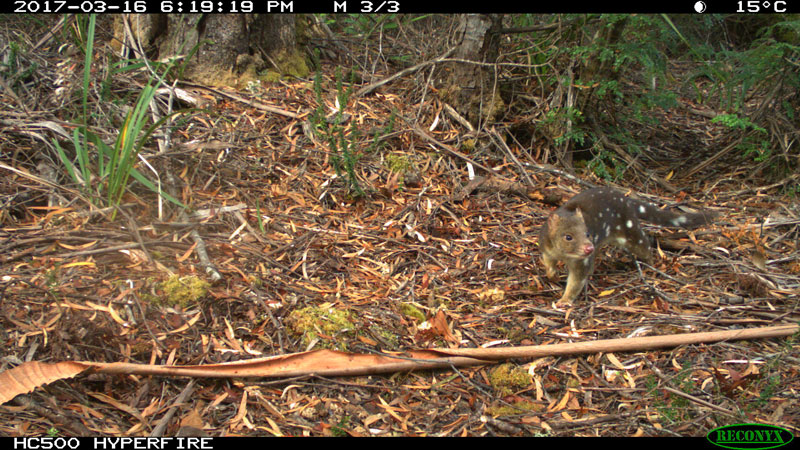 “Our Foundation has had a conservation camp in the Tarkine’s Frankland river forests since 14 February, as Forestry Tasmania had planned to start logging in February. Community members have been camping in these forests, conducting wildlife surveys and a tree-sit vigil,” Jenny Weber said.

“The spot-tailed quoll was recorded in the proposed logging coupe on one of our wildlife sensor cameras. One of the main threats to this threatened species is the loss and fragmentation of habitat, especially areas of suitable forest with sufficient numbers of den sites and prey,” Jenny Weber said. 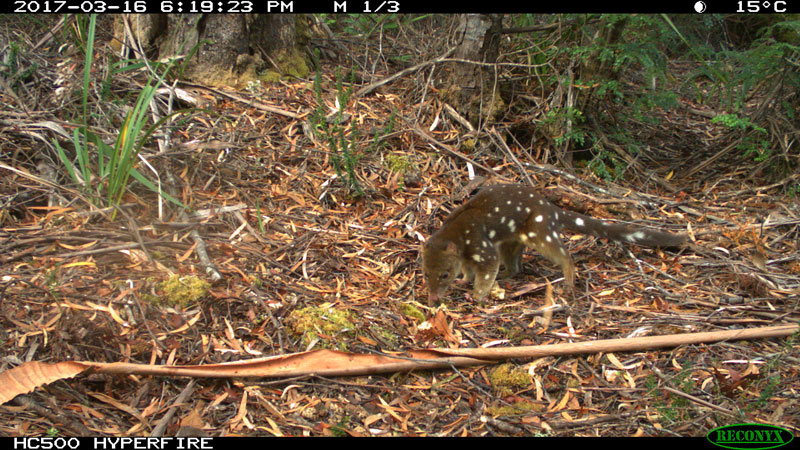 “These Tarkine forests are habitat for a long list of endangered and rare species, and this fact alone is enough to justify protection of the areas, where logging due to start any day. Endangered Wedge-tailed Eagles have two nests in and around the proposed logging area, we have recorded the endangered Masked Owl and Tasmanian Devil in the forest and the river that runs for 3 km along the boundary of the logging coupes is critical habitat for the world’s largest freshwater crayfish,” Jenny Weber said.

“Logging in Tasmania is having devastating impacts on the environment, climate, wildlife and the economy.  Tasmania needs another way forward than ongoing logging of native forests for climate and forest destruction and species extinction. Here in the Tarkine, on the banks of the Frankland River, is a wildlife rich, ancient forest that can still be protected from logging and added to a Tarkine National Park,” Jenny Weber said.