Bob spoke at the "Byron Writers Festival 2016: The Wisdom of literature embraced" 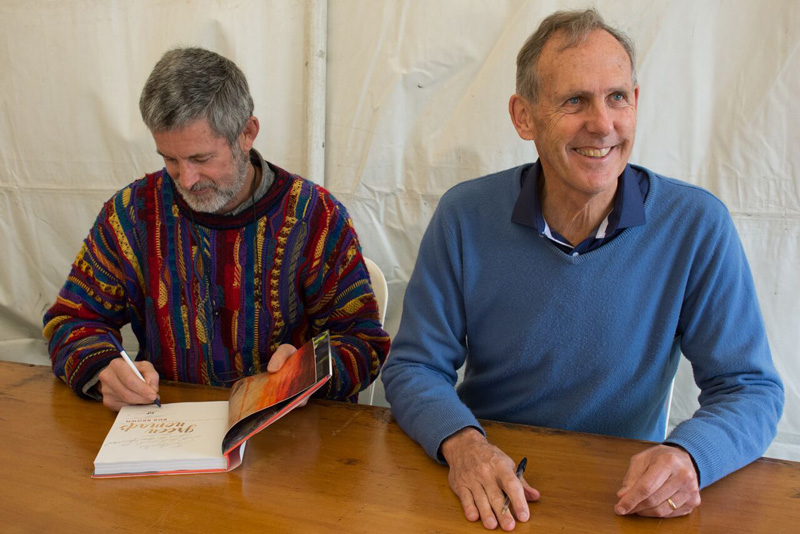 Paul and Bob at the Byron Writers Festival 2016. Photo: commongroundaustralia.com/byronbay

From the Byron Writers Festival blog:

Wow, what a barrel of think tanks, and they were funny too. There were very few empty seats afforded to those turning up late to the discussion. Anne Summers steered the trio admirably through such important topics, the main theme being the sustainable management of our planet as being a fundamental human right.

Of this eco-loving community, Bob Brown would have to sit towards the top pier of their combined admiration and respect, such a great environmental champion of this country. What all three men had to say on the future of the planet, and how we need to socially coordinate ourselves more effectively to improve ‘Life’s” chances, was noble, but really for me it was Bob’s sharp wit that kept me enthralled throughout. All three gentlemen agreed that the way society has continuously voted in hapless leaders married to preordained policies that line the pockets of the puppeteers of eco-obliterating development, needs to change drastically. It’s the political behaviour and the power that lies within individuals to demand change that will save an overpopulated planet. Bob was vigilant in relation to all things Adani Mine, and ‘our’ dropping the batten of protest against an international law breaking Japan with its continuation of whaling in the ocean to our south.

There is also an NBN News video "Writers Festival inspires young minds" on the NBN website which features Bob. 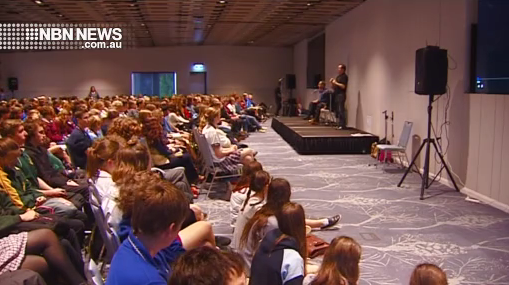