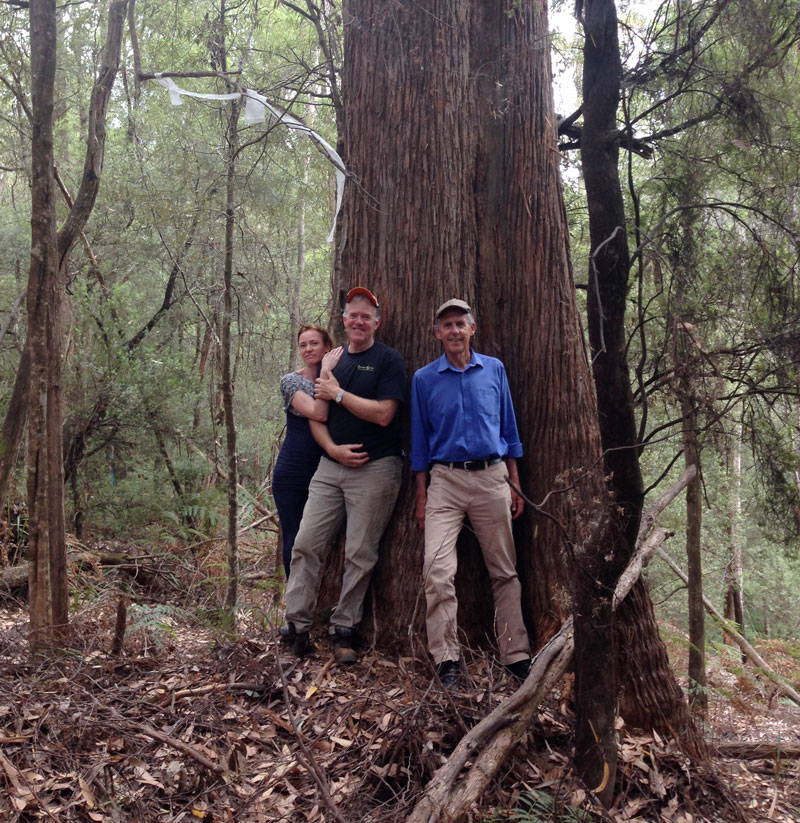 Today's invasion of the Lapoinya forest region south of Burnie in Tasmania, against the local community's heartfelt pleas, is "a bloody-minded act of political vandalism", environmentalist Bob Brown said in Hobart.

Brown, who visited the coup with Bob Brown Foundation campaign manager Jenny Weber last week, said that the Turnbull and Hodgman governments are engaged in the deliberate extinction of vital habitats of threatened species including the Tasmanian devil and the world's largest freshwater crayfish, astacopsis gouldi.

"Within a day or two, Forestry Tasmania machinery, under the licence of Premier Will Hodgman and Federal environment minister Greg Hunt, will be polluting pristine Maynes Creek which is a nursery for the crayfish and then clearfelling the forest beyond which contains a healthy population of devils and tiger quolls. It is as if the global listing of Tasmania's treasured wildlife means nothing. Many months of appeals to reason by the little community of Lapoiyna is being treated with disdain.

"In terms of ecological wisdom, the Lapoiyna logging is a criminal act in the twenty-first century. It is the ministers, not the residents of Lapoiyna, who should be facing fines and jail sentences," Brown said.

“This destruction is in the service of corrupt-in-Malaysia logging company Ta Ann,” Brown said.