"Quentin Beresford's epic 'The Rise and Fall of GUNNS LTD' goes right to the rotten heart of Tasmanian (and Australian) politics. Beautifully written, this is THE book for understanding what makes Tasmania tock. See you at the launch.

Launcestonians, watch for your launch of this seminal book, with Geoffrey Cousins, a day or two later."

Quentin Beresford illuminates for the first time the dark corners of the Gunns empire. He shows it was built on close relationships with state and federal governments, political donations and use of the law to intimidate and silence its critics. Gunns may have been single-minded in its pursuit of a pulp mill in Tasmania’s Tamar Valley, but it was embedded in a corrupt system of power supported by both main parties, business and unions.

Quentin Beresford is Professor of Politics at WA’s Edith Cowan University. He grew up in Tasmania and was a feature writer on The Mercury during the early 1980s covering environmental and political issues. 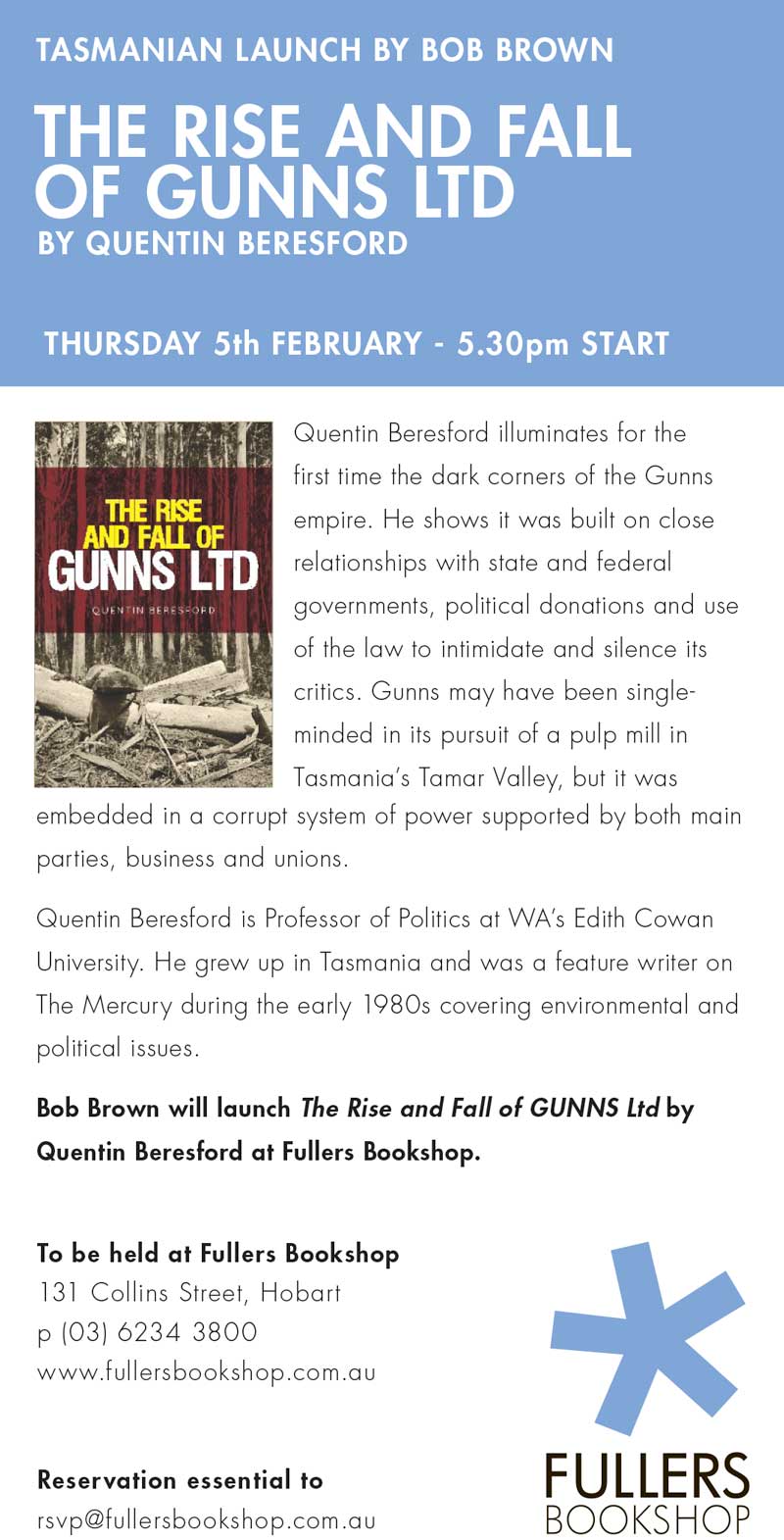